Peace Winds Japan is engaged in emergency humanitarian relief, reconstruction and development assistance all over the world. We are currently engaged in the following projects and activities. 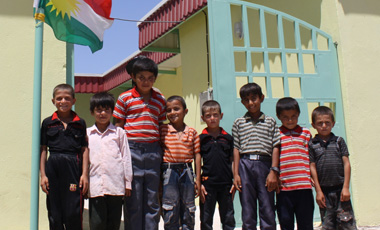 PWJ established its presence in Iraq in 1996 and since then has been carrying out projects, mainly in the northern part of the country, in various sectors such as education, health, water and sanitation, and social welfare, even in the midst of the Iraq War in 2003. The focus of the activities in recent years has been on education, particularly renovating schools and providing capacity-building training for teachers.

In response to the influx of refugees resulting from the internal conflict in neighboring Syria, in 2012 PWJ started the distribution of emergency relief goods of food and non-food items to refugees in Domiz Camp in Dohuk Governorate. 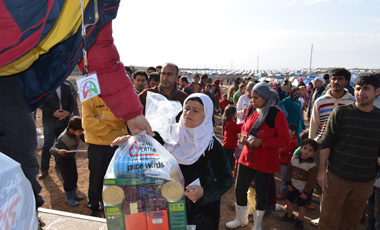 The civil strife that started in Syria in 2011 has caused more than 1.3 million citizens to flee their homes for neighboring countries and has displaced 1.5 – 2.5 million more people within the own country (as of April 2013). 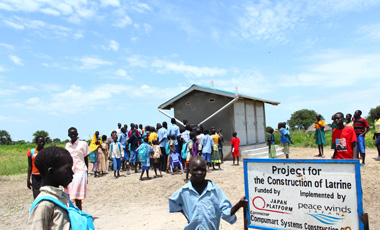 PWJ commenced its operation in the southern part of then-Sudan in 2006 after the end of the internal conflict that had lasted more than 20 years. In order to facilitate the repatriation of internally-displaced people to their home villages and thereby to help socio-economic recovery from the devastating civil strife, water and sanitation assistance in the form of construction of wells and toilets and provision of hygiene education is being implemented in Jonglei State in the now-independent South Sudan.

Heavy rains and resulting floods in the wet season and communal fights over livestock in the dry season are very frequent in Jonglei. Those evacuating from such natural and man-made incidents can be placed in extremely vulnerable situations. PWJ periodically conducts emergency distribution of food and non-food items, such as plastic sheets, water-purification tablets, and mosquito nets, to those evacuees. 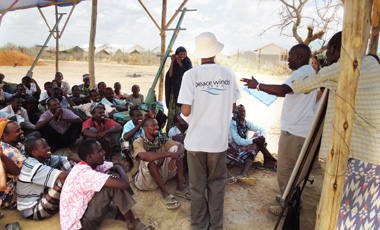 Dadaab in the eastern part of Kenya hosts the largest refugee camp in the world, first set up in 1991, with almost half a million Somali refugees who have fled their homes in the neighbouring country due to insecurity and famine. In 2011, in response to a new influx of more than 100,000 Somali refugees into Dadaab Camp because of drought in their country, PWJ embarked on a project to replace the makeshift tents for the refugees with shelters made of more durable materials such as bricks and tin-sheets. A very volatile security situation, with incidents of kidnapping and other forms of violence even against aid workers, prevails in and around the camp, and PWJ operations are being conducted with the utmost care and caution.

In Myanmar, half a century of the armed conflicts between the military government and ethnic minority groups resulted in the exodus of refugees into neighboring Thailand. With the progress of political reforms toward civilian rules since 2011, the social tension is considerably decreasing as a nation-wide ceasefire agreement is now being sought between the government and the armed groups, and the repatriation of the refugees is expected in the near future. As a part of efforts to enhance socio-economic situation in the areas where the refugees are to return, PWJ is constructing wells in those villages in Kayin Stat which are suffering from shortage of safe drinking-water during the dry season. Such betterment of basic living conditions is not only providing immediate benefits to the local population but is also expected to promote future refugee repatriation. 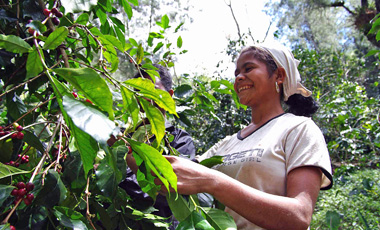 In 1999, the popular referendum in East Timor on independence from Indonesia led to massive violence, displacing many people internally in the area. In response, PWJ provided medical assistance as well as food, shelter materials, and daily commodities to those displaced in the capital Dili and Liquica District. In order to meet the needs of people at the time of their struggle, PWJ remained in East Timor and implemented various activities including housing projects and livelihood assistance. Since East Timor gained independence in 2002, PWJ has been providing technical support for coffee farmers and selling their products in Japan under a fair-trade system. 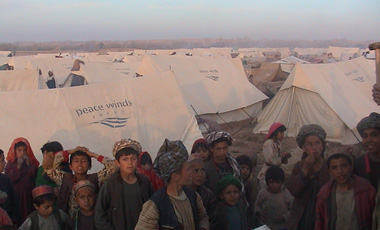 Afghanistan had already been ravaged by 20 years of civil war, when another conflict began in 2001, as a result of the 9-11 attack in the US. PWJ commenced its operations in the northern province of Sarepul, distributing tents and food. This was followed by development projects, including well construction, agricultural assistance, renovation of schools and roads, and income-generation for women. In order to address the chronic shortages of water, since 2003 PWJ has been conducting research on water resources in the basin of the Sarepul River. The data collected and analyzed are expected to provide vital information for planning effective and efficient land use in the region in the future. On a different front, recognizing the important role that can be played by local civil society in future social development in Afghanistan, PWJ is engaging in a program of the capacity building for Afghan NGOs. 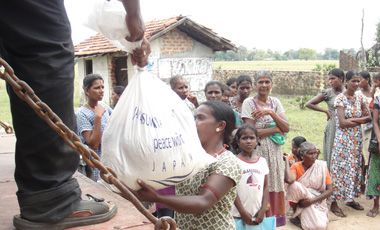 By the time 26 years of civil war ended in 2009, more than 280,000 people had been internally displaced, most of them accommodated in camps in the northern part of the country but some in Trincomalee on the east coast, where few aid agencies were operative. PWJ started emergency distribution of food and water to internally-displaced people in a camp in Trincomalee. PWJ has since continued and expanded activities to support the repatriation of internally-displaced people, providing shelters and toilets and support for regenerating livelihoods, as well as renovating irrigation facilities, and conducting agricultural training, in the eastern and northern parts of the country. 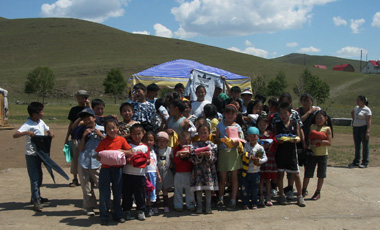 PWJ’s operations in Mongolia started as emergency assistance in support of victims of grassfires in 1996. This gave the organization an insight into various social challenges Mongolia was facing. Since the following year, assistance has been provided to orphans and street children first by directly operating a refuge and presently through support to a private social welfare institution, “Vervist Care Center,” where children can receive education and vocational training.

In addition to the long-term relief and reconstruction operations, PWJ also responds to natural disasters and provides short-term emergency relief. Some examples in recent years are: the earthquake in Turkey (2011), the floods in Thailand (2011), the typhoons in the Philippines (2012,2013), the food security crisis in Niger (2012), and the earthquake in China (2013).

TOHOKU in the north-eastern part of Japan (2010 - Present) 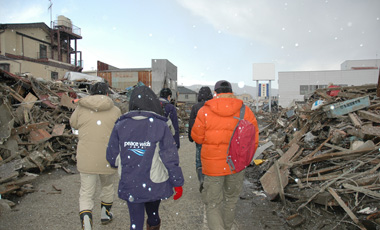 In the wake of the Tohoku earthquake and tsunami of March 2011, PWJ immediately started distributing 160 tonnes of foods, blankets, stoves, hygiene, and other goods to the population affected by this disaster of unprecedented magnitude. This emergency relief has been followed by longer-term recovery assistance for livelihoods and local industries, social welfare services to children, and disaster preparedness workshops for local municipalities.

HIROSHIMA in the western part of Japan (2011 - Present) 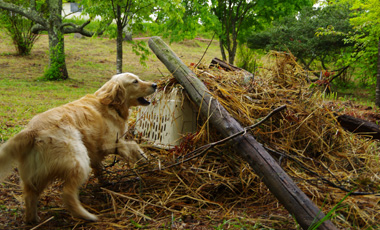 As an emergency relief organization, PWJ has accumulated experience of rapid response to disasters. To take advantage of this, PWJ decided to further strengthen its initial response capacities by establishing a search and rescue team to save the lives of people trapped in rubble, in addition to distributing emergency relief items. Rescue personnel and dogs are being trained at the PWJ Rescue Dog Training Center opened in Jinsekikogen-cho, Hiroshima Prefecture, in 2011. At the same venue, PWJ also engages in activities to rescue and adopt dogs.