The symposium for NGOs supporting Africa took place in Yokohama during the 5th Tokyo International Conference on African Development (TICAD V) in June 2013. Mr. Masaharu Saito, of Peace Winds Japan (PWJ Mr. Saito) participated as a speaker and told of his experience in the Niger project, saying that “there are options other than just distributing food for the food crisis that is occurring in Africa”. 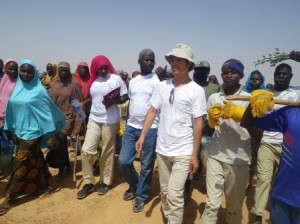 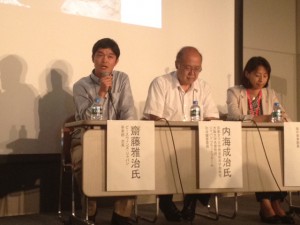 We had an interview with PWJ Mr. Saito telling us about the significance of supporting Africa, including the project in Niger.

-Please explain to us about the project in Niger.

PWJ started supporting Niger in 2012, amidst the food crisis in the Sahel region which occurred due to a drought. We found from our preliminary survey that food was available in the market. So we decided to implement the “Cash For Work “program for approximately three months. This program offers people work for recovering lands in the area and in return, paying wages in cash so that they can buy food on their own at the local market. 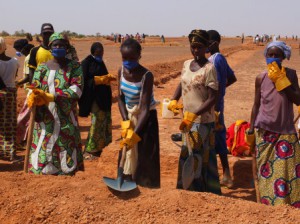 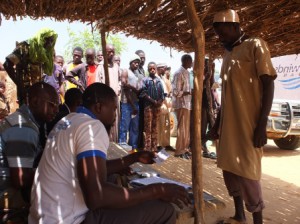 -What is the merit of the “Cash For Work” project?

The biggest advantage of this program is not only that people can get cash to buy food in a short amount of time, but also that it is an opportunity for the people to restore their village communal land. In a few years when these lands become green, villagers can take their livestock to pasture for feeding, and in the long run, it will be beneficial for the whole village. 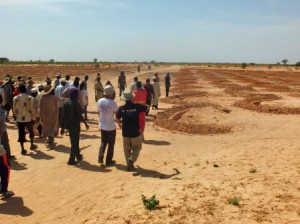 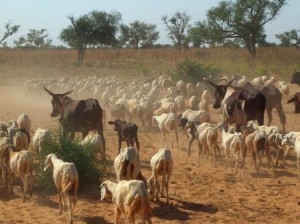 Left: Crescent shaped ditches
Right: Livestock is an important resource for the village

-So this was a collaborative project with PWJ’s partner organization, the American NGO, Mercy Corps?

Yes. Mercy Corps has been offering humanitarian support in Niger since 2005. Having a partner organization that is familiar with the area gives us confidence when starting a project in a new place. We were able to utilize the accumulated knowledge and know-how of Mercy Corps, and, moreover, we were able to carry out the project smoothly since Mercy Corps had already built a firm relationship with the local people there. 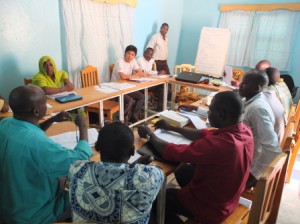 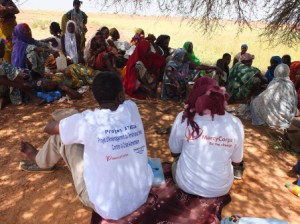 -Besides Niger where PWJ just finished the program last November, PWJ has been supporting other African countries, such as Kenya and South Sudan.

Food shortage caused by natural disasters and refugee surge due to conflict can happen not only in Niger but also in other regions in Africa, or the world. In Kenya, we offer support at refugee camps for people fleeing from conflict in Somalia. On the other hand, in South Sudan, we help support resettlement of people returning to their homes after the conflict. By finding solutions to various problems and building upon achievements, I feel we are better prepared for the next humanitarian crisis. I also believe that by addressing various issues in Africa, we not only enhance the quality of support PWJ provides but also play a leading role for other NGOs. 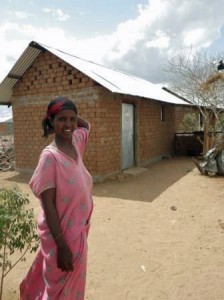 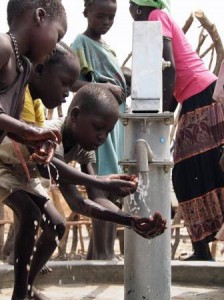 -What is the challenge which lies when continuing support for those countries?

Humanitarian crisis does not happen from one cause but from various causes, such as food price inflation due to natural disasters or emergence of refugees due to conflict, and other causes which are all complexly intertwined.
The situation of each region is also very complicated, and sometimes our support does not go as planned. For example, we are currently building boreholes and latrines in South Sudan, but if the security situation gets deteriorated by ethnic clashes, we give our upmost attention when our staff move from one place to another. We’ve also had circumstances where conflicts occurred in the area where we built latrines, resulting in people not using the facility because they had fled.
We truly feel we are and will always be facing new challenges in the extreme, uncertain security conditions while implementing our project.

From the Interviewer’s Desk
This interview made us realize how difficult it is to provide support in African countries, when we cannot always rely on our past experiences in responding to the unforeseeable future of this region. We also realize that, in order to respond to humanitarian crisis, temporary measures alone are often not enough and given circumstances may need to be offered. Enhancing the resilience of the local residents and developing a sustainable community in respect to their identities and diversities are also the crucial points. As situations become more and more complex in various regions, support groups like PWJ will surely play a more important role in the future.

About Mercy Corps
Mercy Corps, established in 1979, is an international humanitarian organization, with headquarters in Portland, USA. Mercy Corps provides emergency and reconstruction support throughout the world. PWJ had partnered with Mercy Corps and has supported people in Niger, China and the disaster-stricken Tohoku region.

About Masaharu Saito
Masaharu Saito joined PWJ in July 2002 and worked in the Program Unit, in charge of projects in Liberia, South Sudan and other countries. Most recently, he has been the project manager in Niger from August to November 2012, conducting assessment to tackle the food crisis and managing the “Cash For Work” Project for the local residents.