End of January, 2016 – it is the hottest time of the year in Kenya.  Also it is the time when butterflies come to life all at once, millions of it.  During the recent visit to Kakuma Refugee Camp, where PWJ is building temporary houses for the South Sudanese refugees, we saw butterflies everywhere. 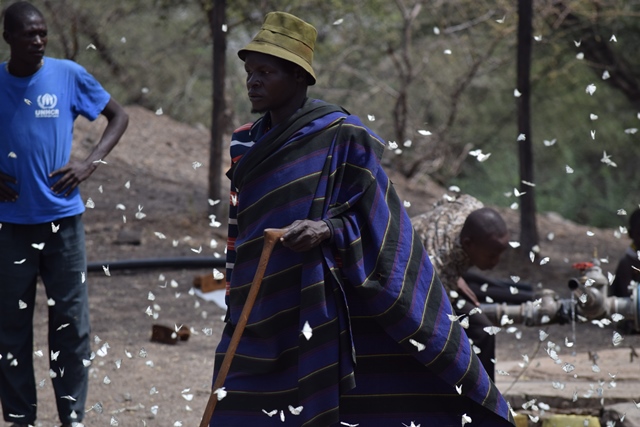 Kakuma Refugee Camp was established in 1992 in Kenya near Sudan border to serve people affected by the decades of conflicts and wars in the neighboring countries such as South Sudan, Somalia, Sudan, Ethiopia and Democratic Republic of Congo have created continuous arrival of the refugees and asylum seekers needing for a safe place to stay.  However, due to the worsening of the South Sudan conflict in recent years, according to the report from UNHCR, only in 2015 alone, over 7,000 South Sudanese had registered as refugees* and this influx resulted in the increase of the total number of refugees at the camp to exceed 180,000, which is almost twice the maximum capacity from the time this camp was originally planned.

As you walk through the camp, the need for more shelter becomes apparent.  A standard temporary house is about 107sqf and it is designed for a family of 5, however, it is easy to notice that many houses are shared by multiple families totaling ten or more people.  If try hard, the house could accommodate to sleep maximum of 10 persons inside, but this means if the house is shared by more than ten, some are forced to sleep outside the house. 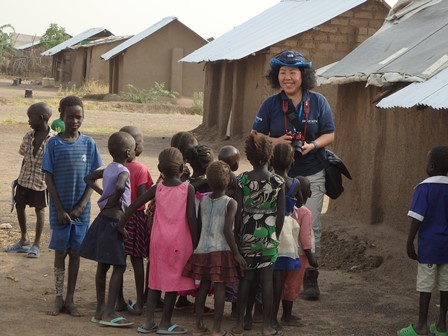 You also notice mainly women and children occupying the houses.  It is because most adult men stay in South Sudan protecting their houses, or taking a part in the on-going internal conflict, which has caused tens of thousands to flee the country.

Providing a sense of ownership and peace of mind

To respond such a great need of shelter, PWJ is implementing a temporary shelter construction program for South Sudanese refugees.  PWJ’s role is to procure necessary materials, and PWJ employed local Kenyan residences as well as some refugees in the camp build basic frame structures.  Then, refugees will take part in completing the construction of their own houses by making and laying bricks for the wall.  It requires about 1,200 bricks to complete one temporary house, and making bricks isn’t an easy task; you first mix water and soil, cast in molds, and wait until the sun bakes the bricks.  People help each other to finish the construction. 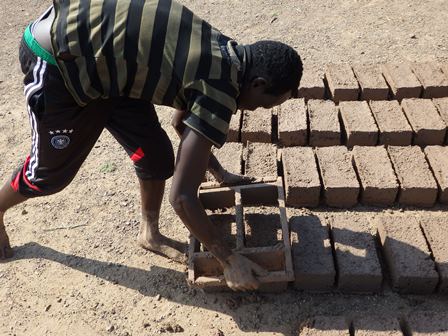 When refugees are involved in their own house’s construction process, it gives them to gain a sense of ownership.  Even though it is only a ‘temporary’ house, this is the center of their lives until unforeseeable future, especially after fleeing from the violence, leaving all their belongings behind, this sense of ownership becomes very precious to them.  Some houses have walls painted with bright colors, and some have planted flowers outside the house and creating personal spaces.  You can feel that people are embracing and trying to make most out of their difficult situation. 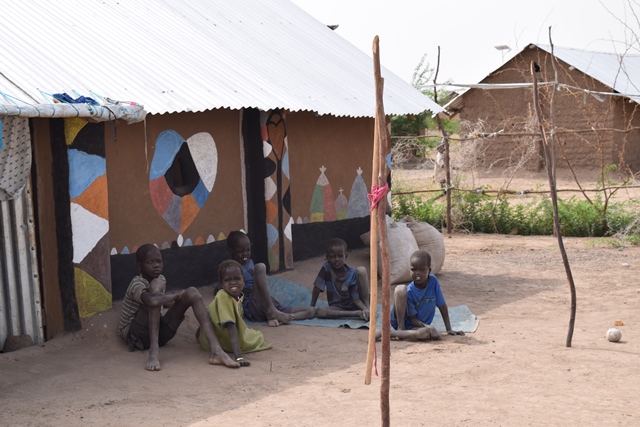 While the current world interest mostly focuses on refugees from the Syrian crisis, a deep-rooted refugee situation in African countries and their dire needs of assistance should be brought to our mind more often.