Peace Winds Japan (PWJ) made the last distribution of relief goods to an evacuation center in Jyoso City, Ibaraki Prefecture on October 23. Our assessment showed that the number of evacuation centers has decreased from 24 to 6 since the heavy rain caused severe floods in early September. PWJ also confirmed the emergency relief items were reached to most evacuees and the municipal government has restarted its operation, therefore, we decided to conclude our emergency response operations to support flooded areas of central Japan on October 31, 2015.

PWJ greatly appreciates all those who had supported our emergency activities. We will continue our disaster preparedness activities on the Search and Rescue operations so that we could better respond to the future emergency situations. 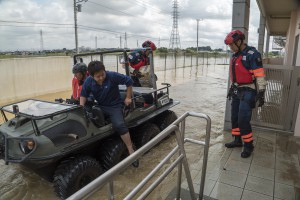 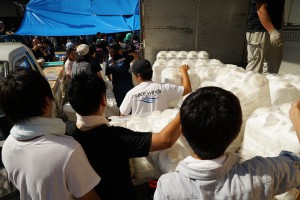