South Sudan: Assistance to IDPs in Juba under continued conflict in Northern States

It’s been almost two years since the internal conflict of broke out in South Sudan on December, 2013.

Recently, one of the PWJ staff, Tomoko, was able to return to the program site in South Sudan. It had been one and a half year since Tomoko visited Juba, the capital of South Sudan, which is located about 1.5 hours away from Nairobi, Kenya. What she saw was completely different sceneries from the last time she flew before the conflict, and she described the city as, “many office buildings were built, some roads were nicely paved, and streets were lit by solar-powered lights. Restaurants and shops were full of people”.

While in Juba, Tomoko visited Gumbo IDP camp of about 1,200 mothers and children, whose villages were too dangerous to stay due to violent conflict situation. Most of their husbands left to join the military and have not returned yet. At this camp, there are 10 trained Hygiene Promoters working for their IDP community, providing Hygiene Promotion Program since April 2014 and PWJ support their activities. This project has educated and supported IDPs to keep their life in clean and healthy environment.

Many of those women and children had to walk over seven days without food and water until arriving at this camp. Some lost their children from illness or violent conflict situations on the way. 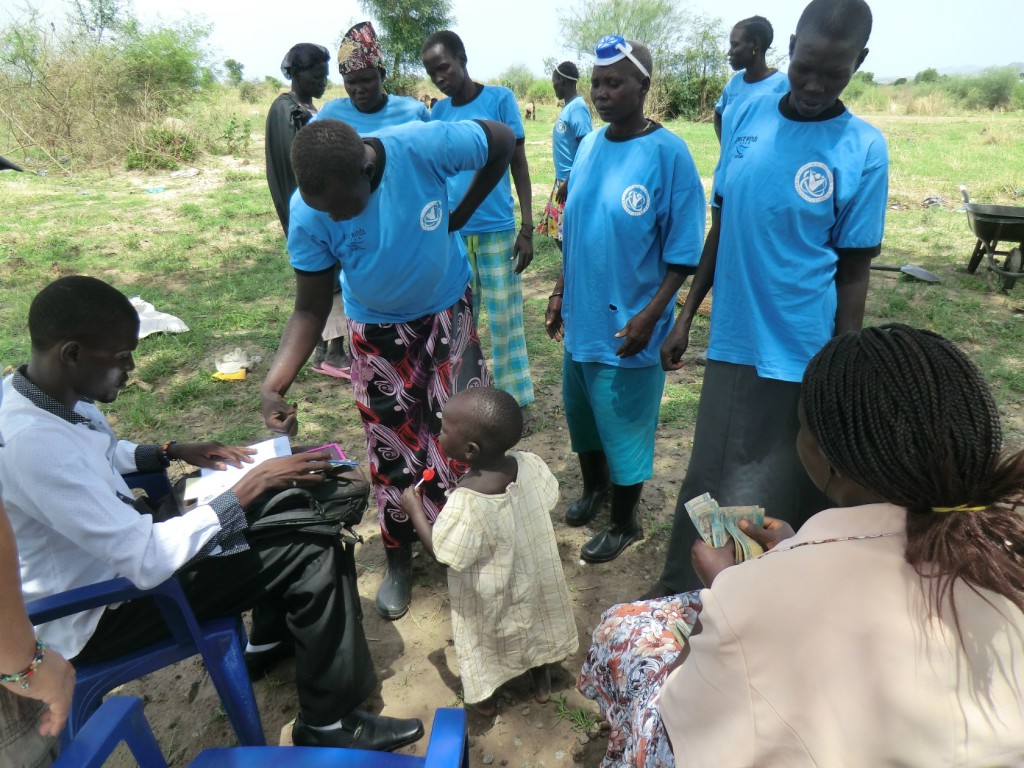 Hygiene Promoters at Gumbo IDP camp are paid about $6 a day. As an IDP, one receives assistance for the basic necessary items living inside the camp, but cash helps them purchase additional household items needed. Even though food items are provided occasionally, the amount is not enough to satisfy all the family members and they have to pick and cook any plants grown inside the camp.

“See, we eat this plant sometimes.” One of the Hygiene Promoters stopped and picked the plant from the ground and showed it to Tomoko. “As long as we use soft parts, we can eat it. But my children do not like it at all and don’t eat it even if I cook for them.” 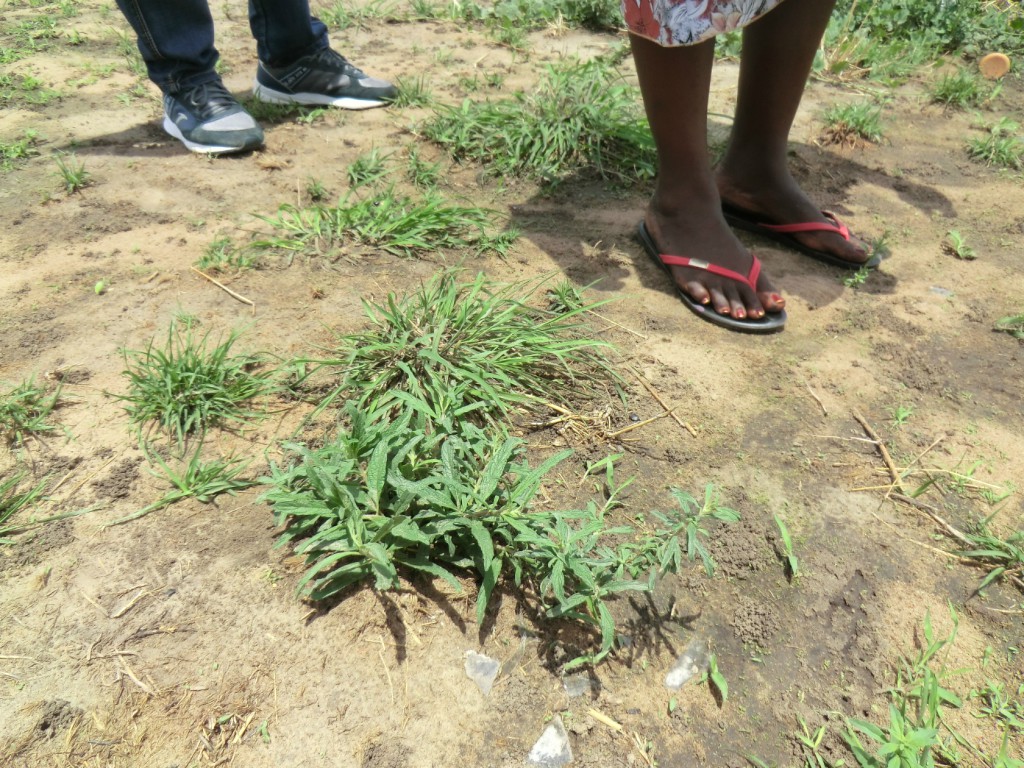 Hygiene Promoters are IDPs themselves, they also told Tomoko about concerns for potential diseases inside the camp, such as Cholera. Last year, there was a Cholera outbreak in the area outside the camp resulting deaths. The outbreak was announced this year as well and 1,614 cases including 45 deaths are reported in Juba County as of 20th September 2015. People living in the camp try to clean up their houses and pray for their safety from such diseases, but there are high risks.

One of the Hygiene Promoters said the reason for not returning is “because, here in the camp, our children can receive education. All the schools were destroyed in our villages. Inside the camp, I know we are in a safer environment during the night. This kind of safety is very difficult to provide as a single mother, if in a village. At least minimum necessities are being met in this camp now for our children so I can’t give them up. I can’t move back to the village where there is nothing.”

Even though Juba has been seeing reconstruction from the conflict, the security situation is not getting better and there is still a long way for recovery.