The recent civil war in Syria has caused millions of Syrians fled to surrounding countries and became refugees. However, nearby Syrian boarder area of Iraq also became unstable and the dangerous condition worsened to result in increased number of IDPs having to migrate to the safer parts of Iraq.

The heat wave struck Middle Eastern nations this summer reaching over 150F (52C) temperatures for many days, which raised serious concerns for the health and well-being of livelihood of IDPs in Iraq.

In August, PWJ responded to improve condition of living environment and supplied 303 air coolers to most vulnerable families living in Bajid Kandala IDP Camp in Duhok where over 13,000 individuals are taking refuge.

“Having the air cooler is one of the basic needs PWJ provide the greatest support to the displaced people in this summer,” said Dawood, who is a 16 years old boy living in the camp with his family since December, 2014. 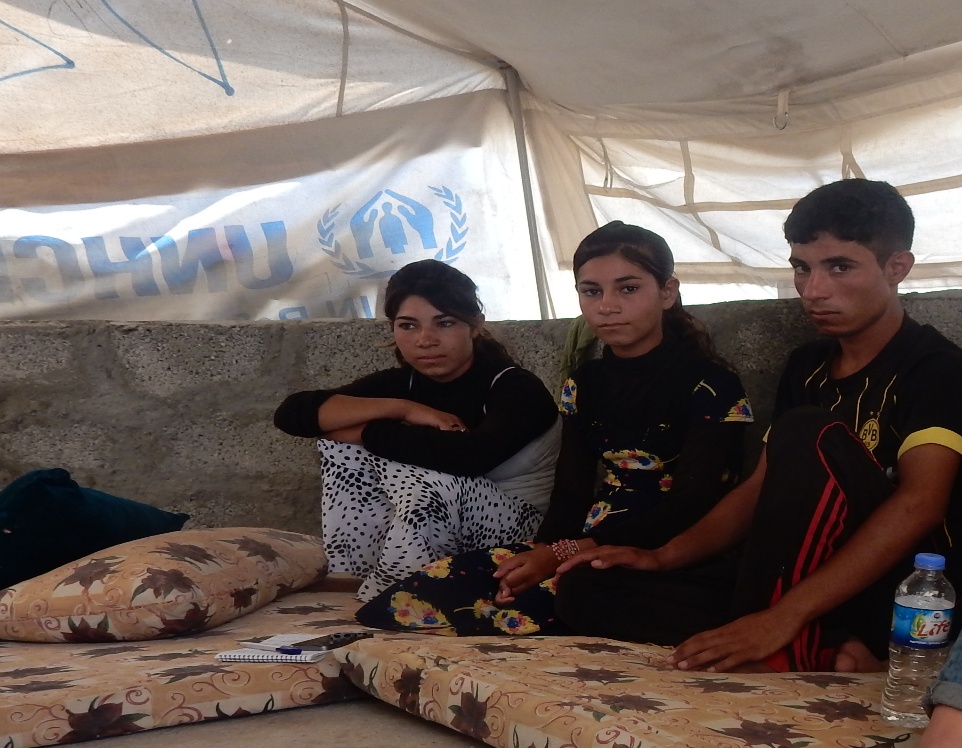 Dawood and his sisters

Basima, escaped to the Bajid Kandala IDP Camp from the extremely violent situation with her five children, now they can finally feel safe. ”We are very happy particularly my children – they can stay in the tent playing and sleep comfortably. PWJ really rescued my children from the wildest heat of summer.” 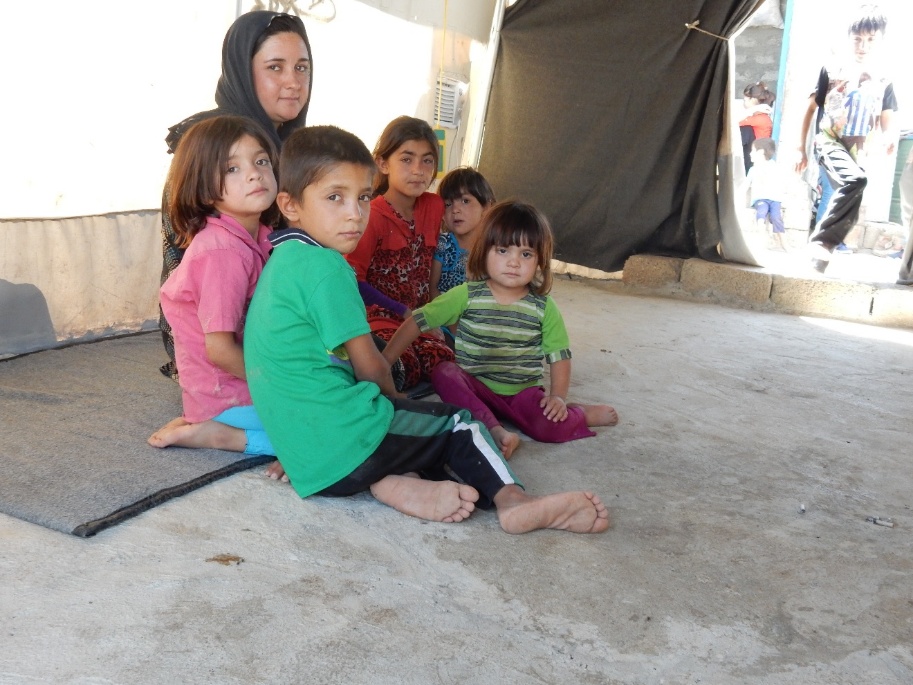 Basima and her children

PWJ Iraqi office staff continues to assess situations for IDPs. They visited two IDP settled areas near Syrian and Turkish border and talked with many families so that we have better understanding of their living condition and assess their needs.

Dalal:
PWJ visited Dalal area, located in Dohuk, about 160km away from PWJ’s Erbil office in northern Iraq, where PWJ has an operation since 1996. The most of the IDPs have settled in Dalal are living in the unfinished buildings since August 2014. They are mainly originating from Shingal, a western Iraq town near the Syrian boarder and where it was heavily affected by the Syrian civil war. Even though the Iraqi government wishes them to evacuate from the unfinished buildings or houses, there are not other places for these IDPs to go. Their living area has no access to electricity or water, and most of them have no income.

Dalal is far from other bigger cities so it is very difficult for IDPs to access to purchase necessary item in daily basis such as kitchen items. Moreover, throughout the assessment, PWJ witnessed 2-4 families living together and having to share single small cooking stove to prepare their meals.

kitchen area inside the unfinished building shared by multiple families in Dalal, Iraq

Derabon:
Derabon is situated near Syrian and Turkish borders and further to the west from Dalal. There is no official designated areas for internally displaced persons to live, and just like Dalal IDPs, people are living in unfinished buildings as a make shift living quarter as well as living in tents. PWJ conducted needs assessment for the 785 families living in this area in August. As we started to talk to the families, many told PWJ staff that they received some hygiene kits in April, however, there has been no additional humanitarian relief items were provided except food vouchers. Most families lacked adequate kitchen equipment to cook proper meals.

PWJ staff felt that both of their situations in Dalal and Derabon were aggravated by the fact that most humanitarian aid is concentrated on IDP camps, lives at non-IDP camp environment are very difficult and PWJ determines to support them soon.

We appreciate your continuous support for the PWJ work to help IDPs and refugees from the civil war in Syria.