August 9, 2015, PWJ’s Search and Rescue (SAR) team announced that it had concluded rescue operations for the Typhoon Soudelor aftermath. The team conducted extensive search and rescue works immediately after the large typhoon made a landfall in Taiwan in the morning of August 8 and continued operations on August 9.

The search operations continued for a missing person in New Taipei City, in addition, the team expanded its operation to the mountains further southward to look for an elderly couple living in one of the four houses that were destroyed by the landslide.

Additional rainfall made the search environment very challenging for the team, our SAR dogs went under the debris and tried their best to look for a missing couple. Even though the extensive search was conducted, missing persons were not found and the team had to call off the activities. 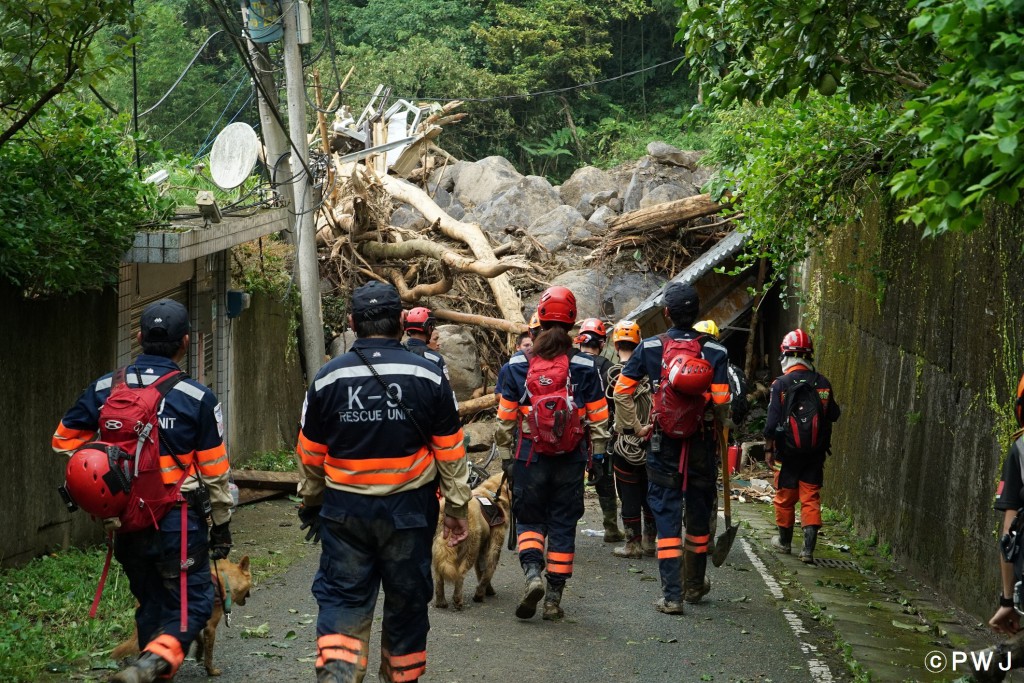 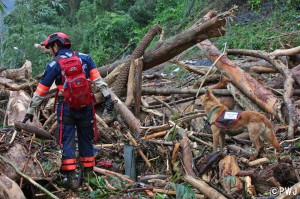 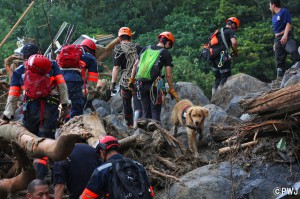 During the meeting, Mr. Ko expressed gratitude towards PWJ’s relief work, and he said “this type of collaborated effort between Japanese and Taiwanese NGOs will help build stronger relationships towards future disaster relief activities.”

“During the Great Eastern Japan earthquake and tsunami in 2011, we have received incredible support from people from Taiwan, thank you. We hope to strengthen our relationships with people from Taiwan through humanitarian work in Asia someday.” Onishi said. 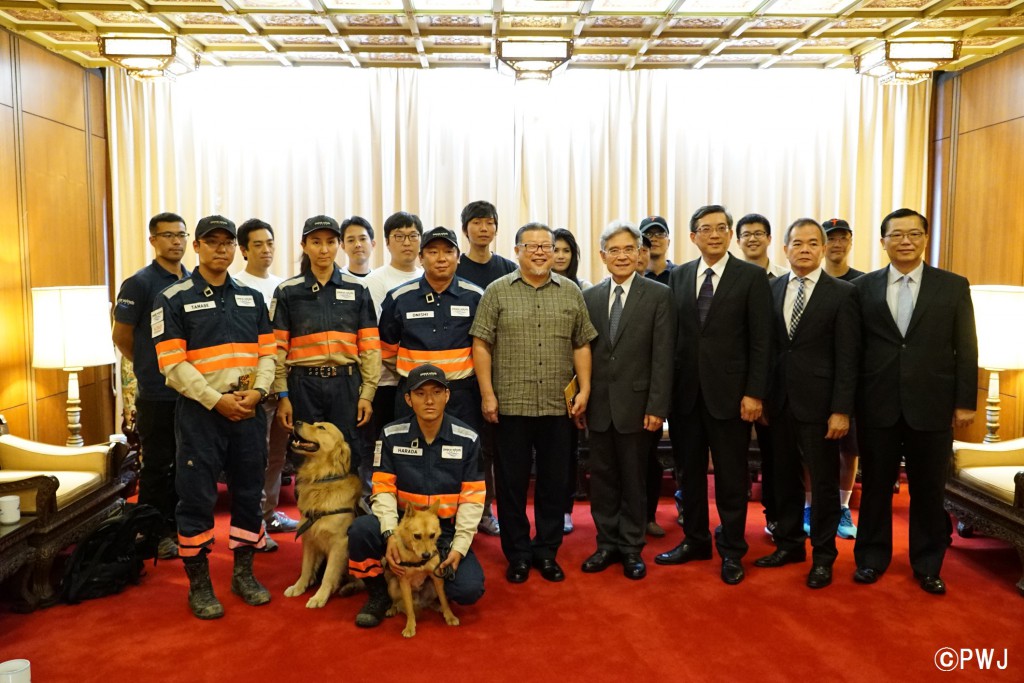 To support PWJ SAR team and its activities, which includes training of our SAR dogs, click here.