Four years have passed since the Great East Japan Earthquake on March 11, 2011. In Minamisanriku, Miyagi Prefecture, which suffered a lot of damage, Peace Winds Japan (PWJ) is supporting the revival of local community. “Hare Valley”, a community care center for the elderly and other residents to connect socially, is expected to be completed in the spring. Concurrently with the construction project, more than 100 times of club activities took place in 2014, such as calligraphy course, fancywork course, eco-block workshop, ground-golf course, gardening workshop, etc.

We interviewed two Minamisanriku residents to help us think about why this kind of initiative is needed.

At Hare Valley, under construction, PWJ expects the elderly and other residents are gathering and having activities to reclaim part of their pre-earthquake daily lives and community, regardless of which temporary housing, disaster public housing or home they live in or have lived in. 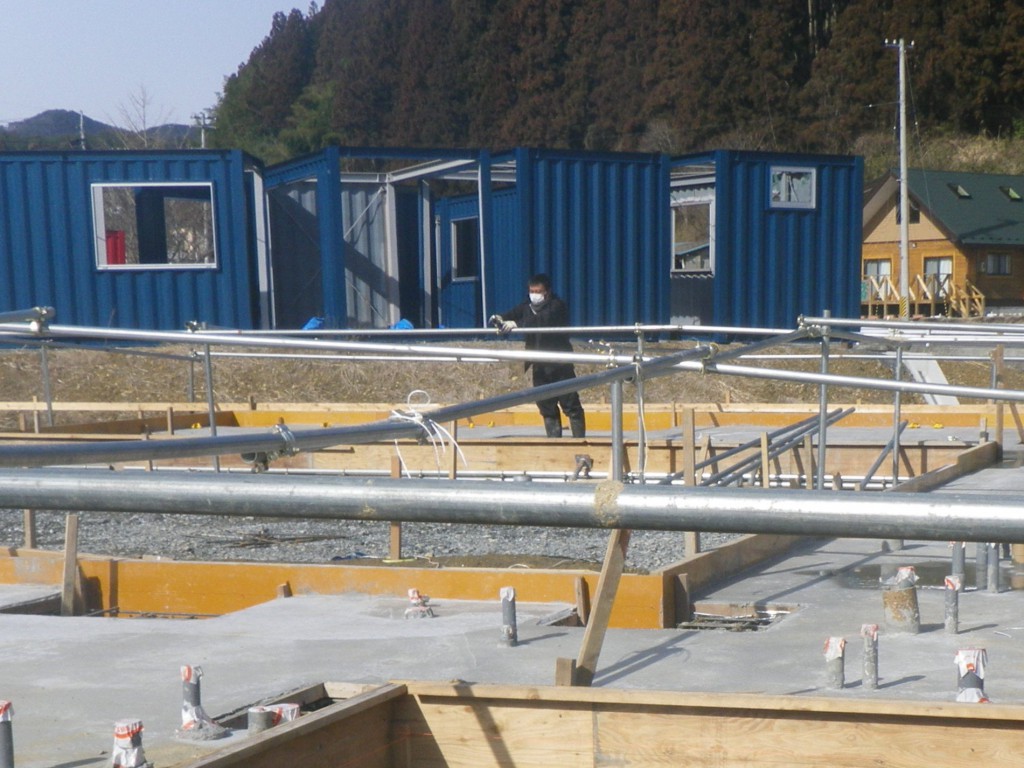 Progress of the construction of Hare Valley, March 3rd

“I look forward to my club activities twice a week.” — Natsuko Sato

Natsuko Sato, 74, who lives in temporary housing at Shizugawa Elementary School, says, “I look forward to the activities of two clubs I attend twice a week.” One is an eco block workshop, which uses scrap material to decorate road and wall surfaces, and the other is a ground golf course played with her friends from the eco block workshop. She smiles when she talks about them. “It’s just twice a week but it keeps me busy … The most fun part is talking with everyone.” 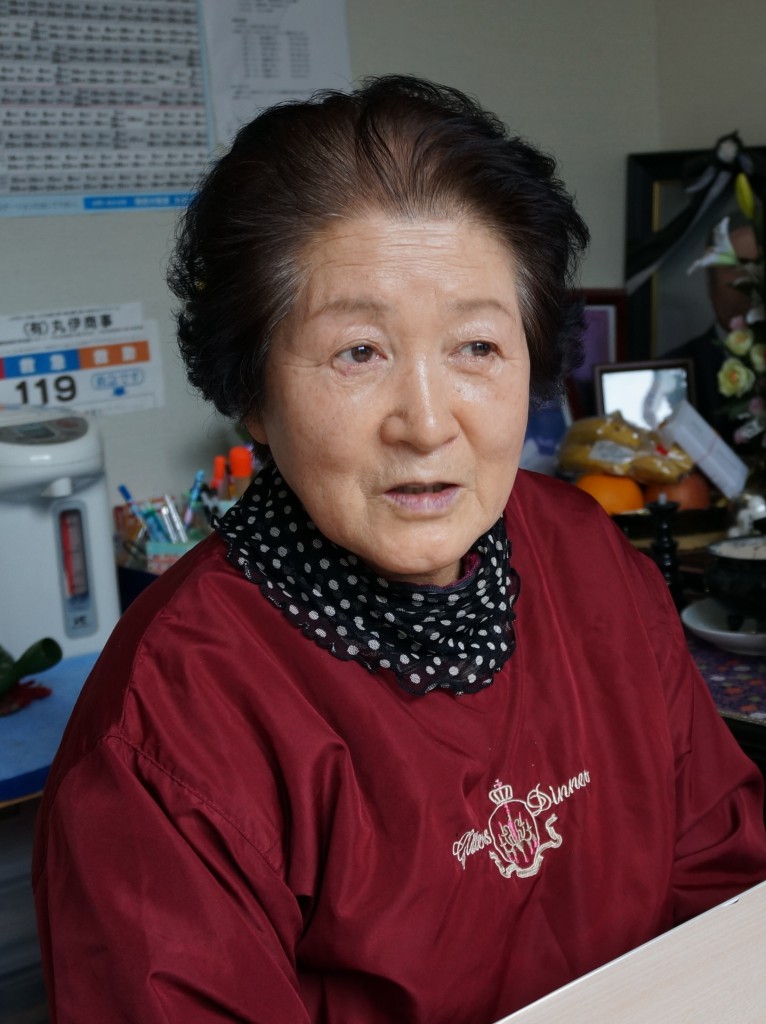 Before the earthquake, she helped her husband with the construction company he ran and didn’t have much time for hobbies. Then came the day of the disaster. Accompanying her mother-in-law who was taking part in a talent show for the elderly, she was in the four-floor banquet hall, “Takano Kaikan” located in the center of the town but near the coast. After the earthquake struck, Natsuko and her mother-in-law tried to go outside but the hall staff stopped them.

“Whatever you do, do not go outside.”
“If you don’t mind dying go ahead.”

Some people who already headed home was washed away by the tsunami and never made it home. Natsuko and her mother-in-law spent one night at the hall and relocated to an elementary school serving as a evacuation center the next day. Her mother-in-law, who has a problem with her legs, was lifted by a helicopter.

Natsuko’s family was not hurt, but her house was washed away and four work cars and equipment for work were lost. Her husband died soon after they moved into temporary housing, and her mother-in-law passed away at the age of 100 years and 1 month.
She still does not have clear plan of house rebuilding in the town. Her son’s family was moved to the next-door Tome city and he took over the construction company. Many of the work requests come from Minamisanriku, with which there are relationships from two generations of owners back.

“The hardest thing is that my family is not with me. I want to live in my own house with my family soon,” says Natsuko.

In the temporary housing, she says, “when it’s cold people don’t go outside. People here are not gathering and drinking tea like used to be. I feel like I’ve gotten used to it, but we will be scattered again.” She says this is why she spend so precious time to talk with her friends in the clubs. 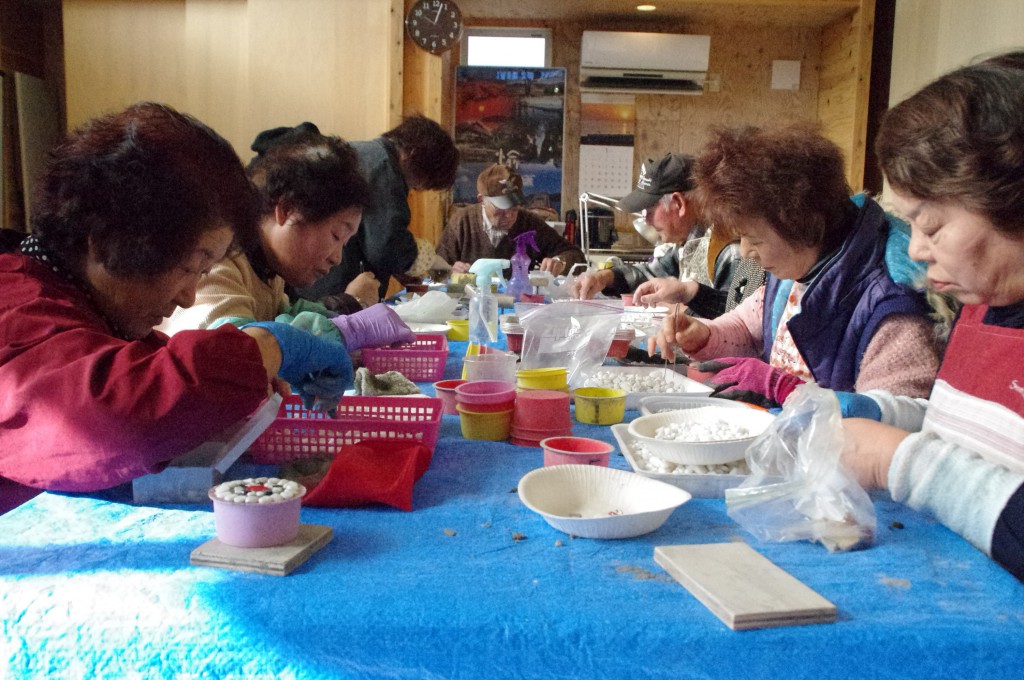 “When we go on a visit, I meet and talk to people.” –Chougi Sato

Chougi Sato, 82, lives in the temporary housing at Iriya Junior High School. He worked all over the Kanto region in construction sites from the ages of 25 to 65. “A long time ago my family couldn’t make a living as a farmer so I set out to work away from home,” says Chougi. He says he even did work related to the construction of Tokyo Tower. 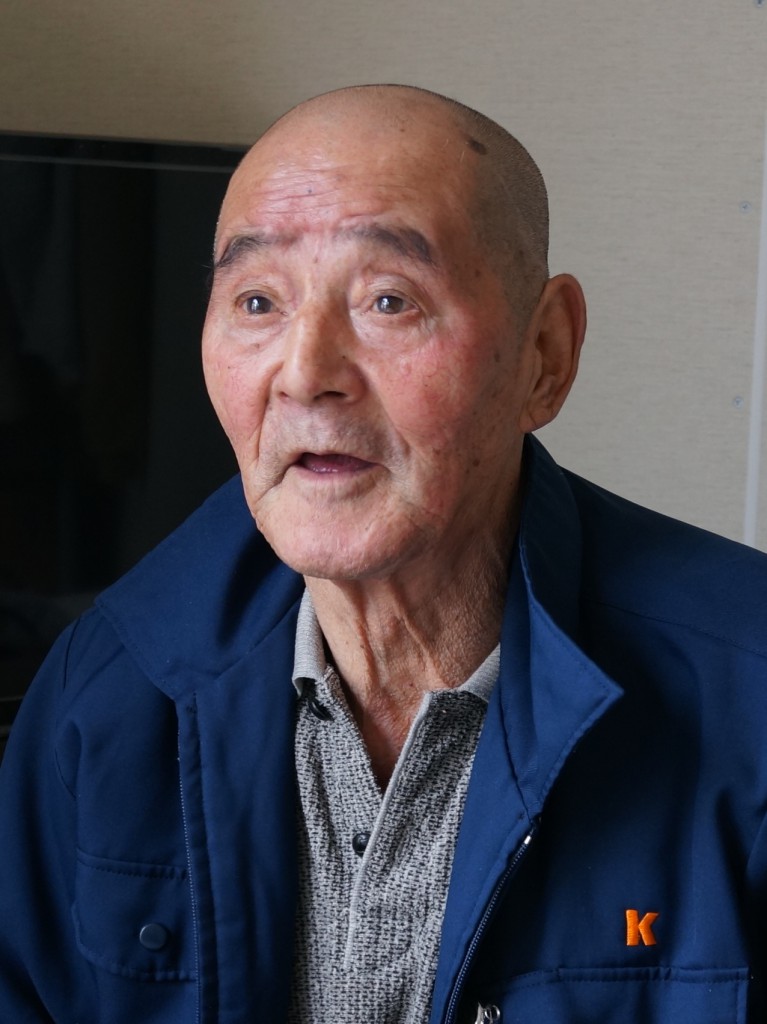 When the earthquake occurred, he thought, “this is a big earthquake so there may be a tsunami” and he evacuated. He expected to return soon so he rushed out of the house in his sandals without even a jacket. The fact that the tsunami after the Chile earthquake in 1960 did not reach the second floor of his house supported his decision. However his house was washed away by tsunami.

Because he spent most of his life away from the town, Chougi says, he didn’t know many people in town. Before the disaster he also almost never went to hobby-related gatherings.

However, when PWJ started offering inspection tours for the elderly and other residents to visit similar facilities PWJ is constructing, he began participating in these activities.

“It is fun to look at other places and when I go on one of the visits I meet and talk with the people there.”

New bonds are being created not just through the club activities, but also the visits. 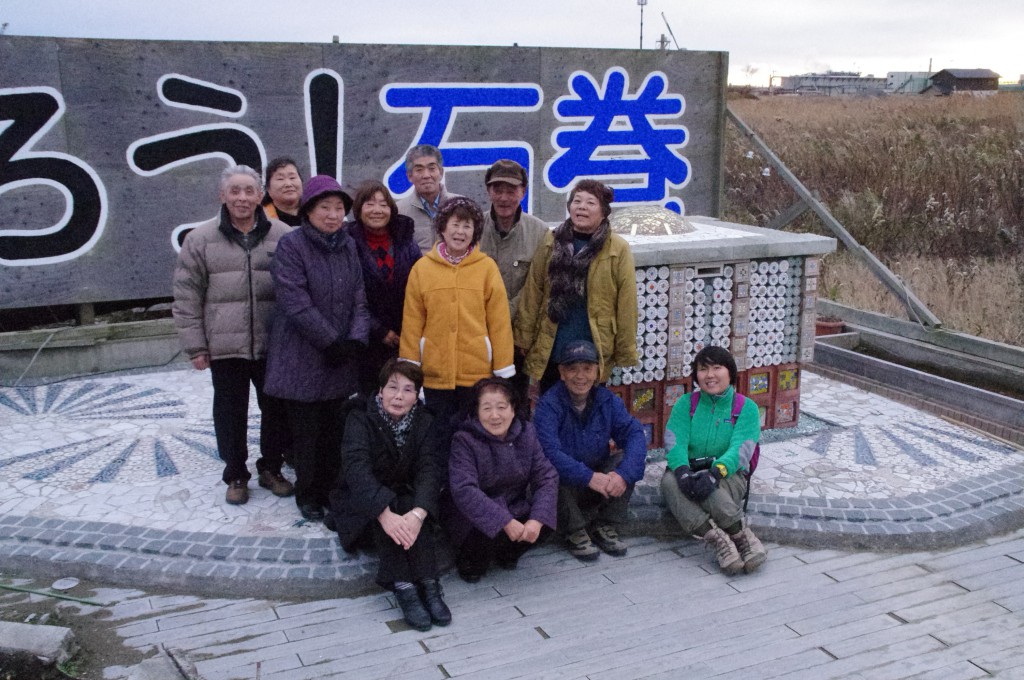 Sachie Saijo, who is from Minamisanriku and is in charge of Hare Valley construction project at PWJ, says, “To reclaim the connections between people and revive community, I want to make Hare Valley like a glue that holds all the people of the area together.”

“I want to implement as many activities as possible and hope that people say, ‘This is great’ and feel happy,” she says.

PWJ continues helping the revival of local communities where damaged by the earthquake and tsunami to reduce their stress and difficulties to reconstruction effort.
PWJ will appreciate for your help and support on our projects in future.