On March 11, 2015, it has been four years since the Great East Japan Earthquake left nearly 20,000 dead or missing and destroyed or partially destroyed nearly 300,000 homes. Large-scale construction such as banking and raising the ground is underway in the affected areas, construction of disaster public housings and new residential sites at higher land is gradually being completed. Some people started living in the new permanent accommodation, while more than 220,000 people still live in temporary housing. Through, Peace Winds Japan (PWJ) has been continually engaged in local assistance activity, the staff found, “Rebuilding of the community hasn’t happened yet” and “I don’t really think a lot of progress has been made toward reconstruction.” Here is a report on the PWJ staff’s thoughts as well as the current state of the affected areas. 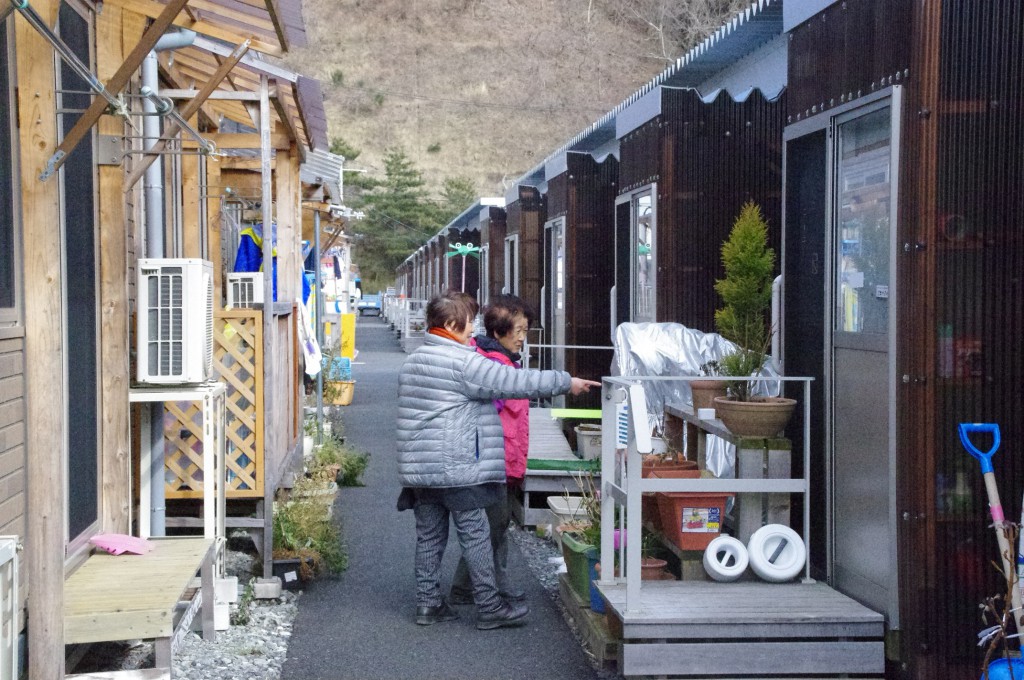 PWJ has been carrying out emergency assistance in the affected areas since the earthquake occurred, and it has emphasized assistance for economic recovery as restoring the fishing industry and shopping malls, and assistance for youth and community. At present, PWJ is continuing its assistance mainly in Minamisanriku Town.

PWJ staff member Sachie Saijo, 33, is from that town. When the earthquake struck, Sachie was doing volunteer work abroad. Her parents were survived, but the fresh fish shop they ran and their house were destroyed by the tsunami. Sachie decided to return to Japan and began working for PWJ.

“I can’t see that reconstruction is making a lot of progress,” said Sachie regarding the state of her hometown with the four year mark.
“Everybody thought that they lived in temporary housing for two years, then they would be able to move to a place where they can live in peace. But that period is approaching four years, double what we expected.” In Minamisanriku Town, the first disaster public housing was completed last summer.

The thing that bothers her is that the generation of her father and mother in their 50s and 60s are beginning to decide to leave the town and move to next-door Tome City and other places despite that she expected they have strong attachment to their hometown.
“There are not many nearby hospitals and healthcare centers as well as shops for daily items. Shop owners can not continue their business due to the lack of local customers. People are living scattered and some have not returned. It is a bitter decision.”

As of Dec. 31, 2014, in Miyagi Prefecture alone some 36,000 people live in prefabricated temporary housing and more than 34,000 temporarily live in private rent. Another 8,000 plus people have taken refuge outside the prefecture. They are waiting for the place being available to construct their own house or completion of public housing units to rent. 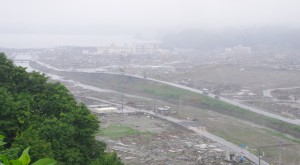 Construction work is underway in the Town in Feb. 2015 (left) and the same area full of debris in June 2011 (right)

In Miyagi Prefecture, construction has been completed for only one-fourth of 1,400 fishing harbors that were affected by the disaster. However, by the end of 2013, the number of fishing boats had recovered to about 90 percent of the pre-disaster level and the total catch to 80 percent.

“I often hear that the marine products processing industry cannot find enough number of workers since the number of residents has declined and many residents are employed by the special program of Emergency Creation of Employment to engage in reconstruction-related work. Even so, fishing itself has come back quite a lot. Currently, fishing boats are owned by groups through government assistance payments, but there are many ambitious fishermen who want to become independent soon,” said Sachie. 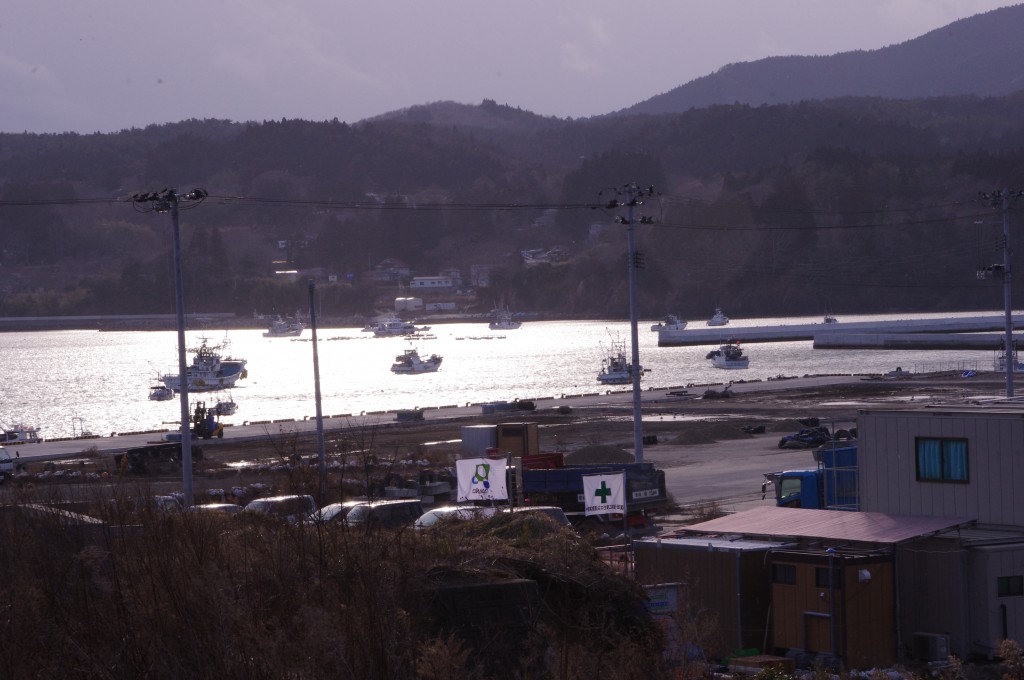 On the other hand, shopping malls are having a hard time. For shop owners who have reopened for thier business in temporary shops, town planning is advancing and the reality of having to move to a permanent shop is closing in.
“Almost no stores operating in temporary shopping malls have a succession plan. An increasing number of owners are worried about that they will have to make another loan for a new permanent shop and the cost of construction will be increased because it should have a proper structure in place. Relocation of shop will make temporally gap as well. I think it’s pretty tough to do business,” said Sachie.

Children show interest in the future of their town

PWJ began a “Furusato Gakusyu-kai” (Hometown Study Program), for the children of Minamisanriku Town in 2012. This program aimed to teach the children about hometown while giving them a broad perspective through various experiences and courses. The program is now being continued by the local association 373 NET as the “Warasuko tankentai” (Exploration Party For Kids Program), but PWJ continues to support it.

“They may be hiding it, but I don’t see any discouragement in the children who participate,” says Takeshi Suzuki, 27, of PWJ, who has been in charge of these projects.
Even when they say, “This is where my house used to be,” they don’t show any sad expression on their faces. They may be thinking they want to return to their homes though.

There is still temporary housing occupying half of grounds of many schools. For the P.E. classes and sports days of these schools the students are using a limited space. Club activities have to be carried out using other schools or public facilities.

When Takeshi asks the children, “What do you want to do now?” sometimes they reply, “I want to see the higher land relocation site.” “I suppose they feel something seeing the town changing,” says Takeshi. 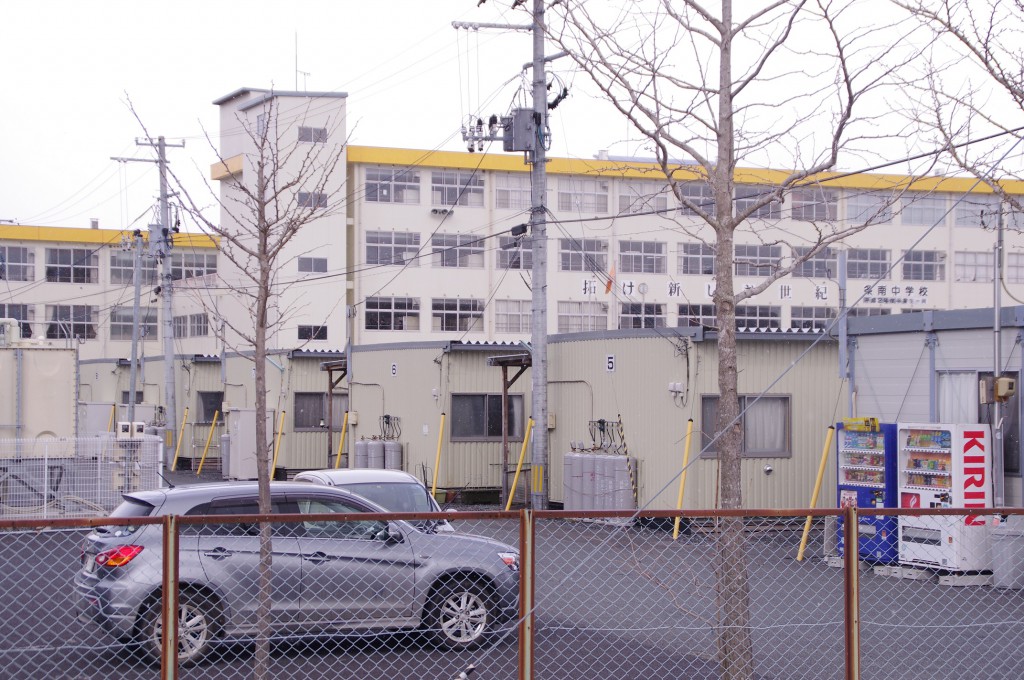 Temporary housing in the school ground 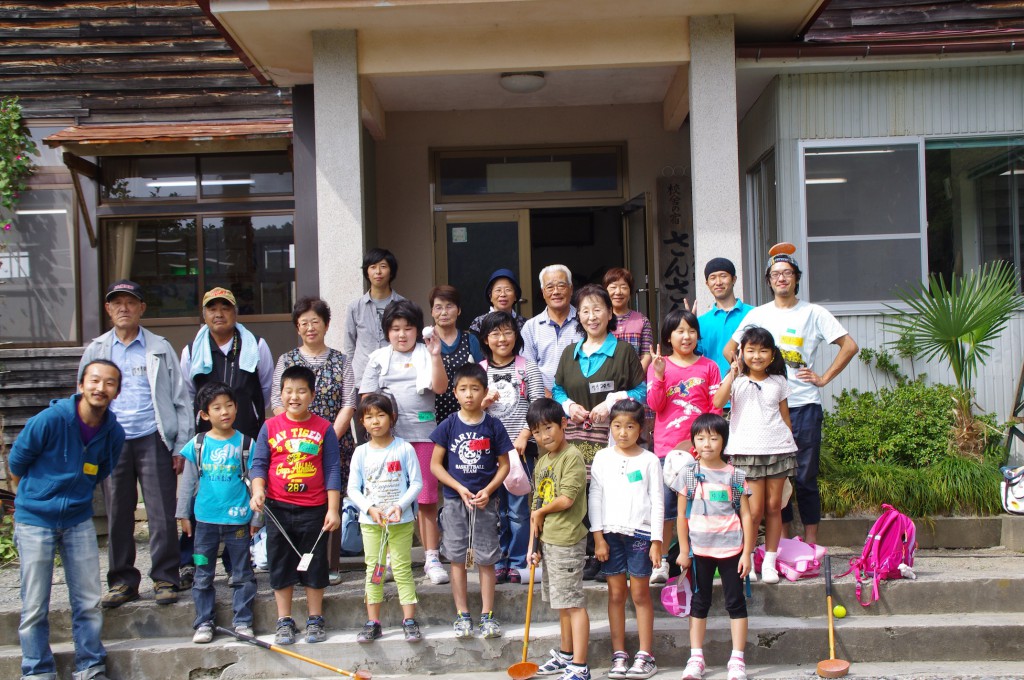 Workshop with children and the eldery in Minamisanriku

To regain a bond of regional community

In Minamisanriku Town, PWJ currently is building a facility to be a base of various activities and events for the elderly and other residents. At the same time, PWJ is assisting with starting up a local group that will be responsible for operating this facility.

The local group named “Viva!! Minami Sanriku,” was established with local residents and PWJ staff in July 2013, and started trial activities in 2014. Using the meeting rooms of the temporary housing and community centers more than 100 classes were curried out and about 700 people in total participated. Its activity is gradually spreading the roots throughout the area.

Masatoshi Kakumen, 38, PWJ representative of Tohoku Program, said, “For the hard infrastructure part including public housing, there are many things that can be done with assistance from the national government and others. Projects that connect people, however, are best carried out on a grass-roots level. We will continue our reconstruction program that can connect people and help rebuild the community.”