Ta Ka Yar West Village, in Kayin State of the southeastern part of Myanmar, is situated near the Donner Mountain Range, which borders with Thailand. It is relatively a small village with the total population of 644 people (133 households).

Ta Ka Yar River nearby is the major source for drinking and domestic water for the villagers. However, during the hot dry summer season, from March to middle of May, the river only trickles, and it becomes very difficult for the villagers to collect enough clean water for their daily use. Meanwhile, in the mountains, there are fresh water sources available throughout the year.

For Ta Ka Yar West Village, a gravity-flow water system, constructed in the framework of PWJ project, provided a very effective solution. Water is collected from a waterfall in the mountain 5.7 km away from the village and run through PVC pipes to the water reservoir near the village, from which it is further piped to several locations in the community. There is no need for a compressor to pump the water out, as the waterfall is situated at higher elevation and the rest is done by the law of the nature: gravity. 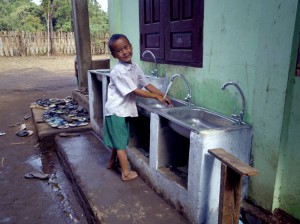 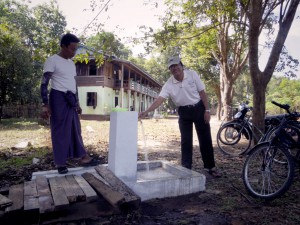 What makes this project very special is that the villagers come and worked together and dug the entire long pipeline on their own! And thanks to their hard work, the construction was finished much earlier than had been planned.

“I had to make many trips to the river to fetch the water for the house,” said Naw Noe Htoo, a village resident. Being over 50 years old, it was not an easy task for her. “There is now a water tap nearby and I can get water anytime. Because I don’t have to spend so much time to fetch water anymore, I can go to the rice field and help my family. And also I am spending more time with my family.”

PWJ also designed the pipeline to the primary school with over 100 students. Now there are 4 water taps with basin, a water reservoir by the toilet, and a water station on the school ground. Naw Lwin Lwin Oo, a school teacher, said, ” We are very happy that our students can wash hands with clean water anytime. We teach them the importance of hand washing as well.” When asked if they practice hand washing, most students raised hands with big smiles. 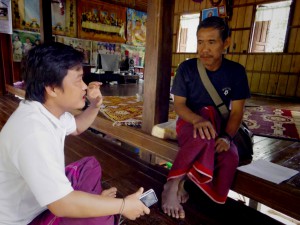 In order for the entire system to be in good working condition, the village decided to appoint one volunteer for one year to check the line regularly. “We also decided to collect about 50kg of rice berries (unprocessed rice) from each household. The volunteer will receive some amount out of these for his work, and the rest will be stored to be sold in case money is needed for future maintenance work.”

Even though this part of the country was heavily affected by the decades of armed conflicts between the central government and ethnic minority groups, only few from Ta Ka Ya West took refuge from the village unlike many from other villages did, which perhaps shows their strong bond and cohesion as a community as manifested in their active participation in the pipeline construction. 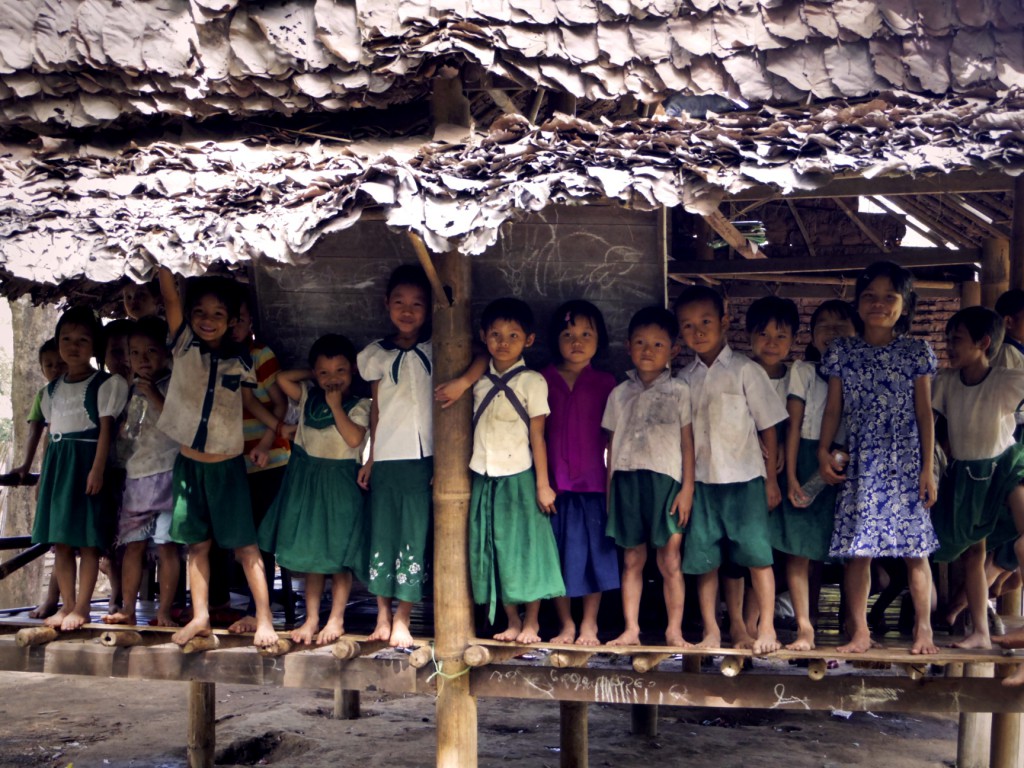 This project in Ta Ka Ya West was made possible by the support of the JTI Foundation as well as PWJ supporters.