Peace Winds Japan’s search and rescue (SAR) team, which had been on stand-by in Cebu since 5 December as Typhoon Hagupit was moving through the central part of the Philippines, made an aerial survey on 8 December, by two helicopters and one Cessna, of the areas on Samar and its neighboring islands that were hardest hit by the powerful storm during the past two days, and also visited the local Emergency Response Headquarters and collected information on the ground about the damages caused by Hagupit. As a result, no site requiring their search and rescue activities was identified, due largely to the fact that most local residents in risk areas had been pre-emptively evacuated by the Government, and the team returned to Cebu by the evening the same day. 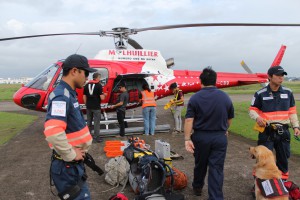 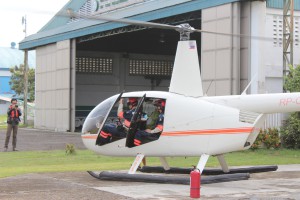 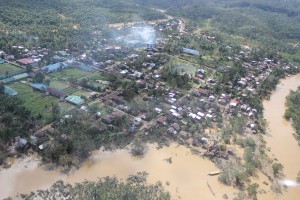 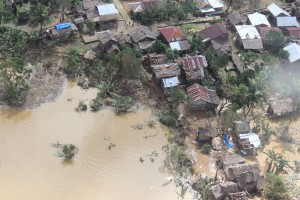 Their mission in the Philippines having been completed, the team is scheduled to leave the country for Japan on 10 December, while PWJ continues its efforts, together with the local NGO partner, to identify and fulfil other types of relief needs still unmet.

This SAR mission was conducted as activities tasked by the Asia Pacific Alliance for Disaster Management (A-PAD) and joined by A-PAD’s emergency relief team throughout the mission.