The Philippines: PWJ Search and Rescue Team on stand-by

As Super Typhoon Hagupit, locally known as “Ruby,” is approaching the Philippines, Peace Wind Japan (PWJ) has dispatched its search and rescue (SAR) team to this disaster-prone country in Southeast Asia in order to meet humanitarian needs that may possibly result from this extremely large storm.

The SAR team, consisting of five rescue members and two rescue dogs, left Japan’s Kansai International Airport and arrived in Manila, the capital of the Philippines, on 5 December. On the same day, the team flew further to Cebu, the nearest major city to Samar Island on which the typhoon is projected to make landfall during the night of 6 and 7 December, where they are on stand-by, getting ready to fly into an affected area by helicopter upon the identification of the need for their rescue efforts. This life-saving operation will be conducted jointly with the Asia Pacific Alliance for Disaster Management (A-PAD), a trans-national disaster aid alliance in the Asia Pacific region. 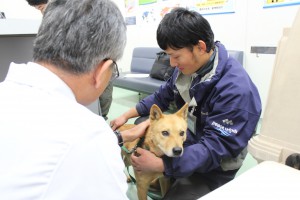 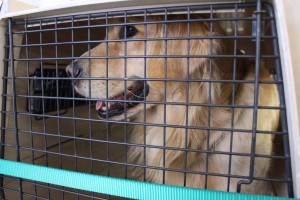 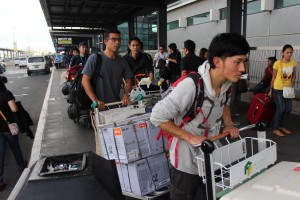 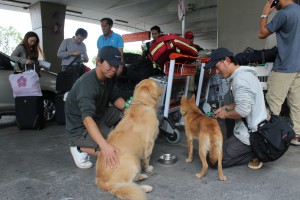 PWJ first started establishing an SAR team in 2010 and has been building up its capacities with the support of the JTI Foundation.In August 2014, the team was deployed to the mudslide disaster in Hiroshima, Japan. The present deployment to the Philippines is their second mobilization this year, and their first overseas mission since its establishment.