In 2012, When PWJ/PWA first visited the school, the temporary school had just been completed and the classes started after the necessary tools and equipment were provided to help Kessennuma Koyo High School get back to its feet.

Now, two years later, there are plans to build the permanent school building with a scheduled completion of 2020. According to Principal Kenichi Senda “even though we were able to reopen the school with the support from the national and municipal governments, we couldn’t have recovered as fast as we did without support from many donors from all over the world, including Peace Winds America.” Such support was extremely helpful especially since most of the equipment was not covered by government subsidies, so without the additional support from donors like PWJ/PWA, the school would have had to cover entire cost. Other examples of items not covered were materials for outside the classroom such as training machines for the school sports clubs. Such additional training equipment takes on special importance at Kesennuma Koyo High School.
Last year, a laboratory building and a community center for the temporary housing located nearby were built on the school grounds, taking away most of the ground space traditionally used for sports and recreation. “We focused on the machine training instead of field training,” said Mr. Yoichi Kon, the coach of Koyo’s rugby team. Despite the lack of enough ground space to practice on, the Koyo High School Rugby Team played to the quarterfinals and took 8th place at the Prefectural Championship last year. “The rowing machines Peace Winds supported really helped strengthen endurance for the players,” Mr. Kon continued, and the “22 Rugby team members and their supporters are now discussing ways to save money and purchase another machine this year.” 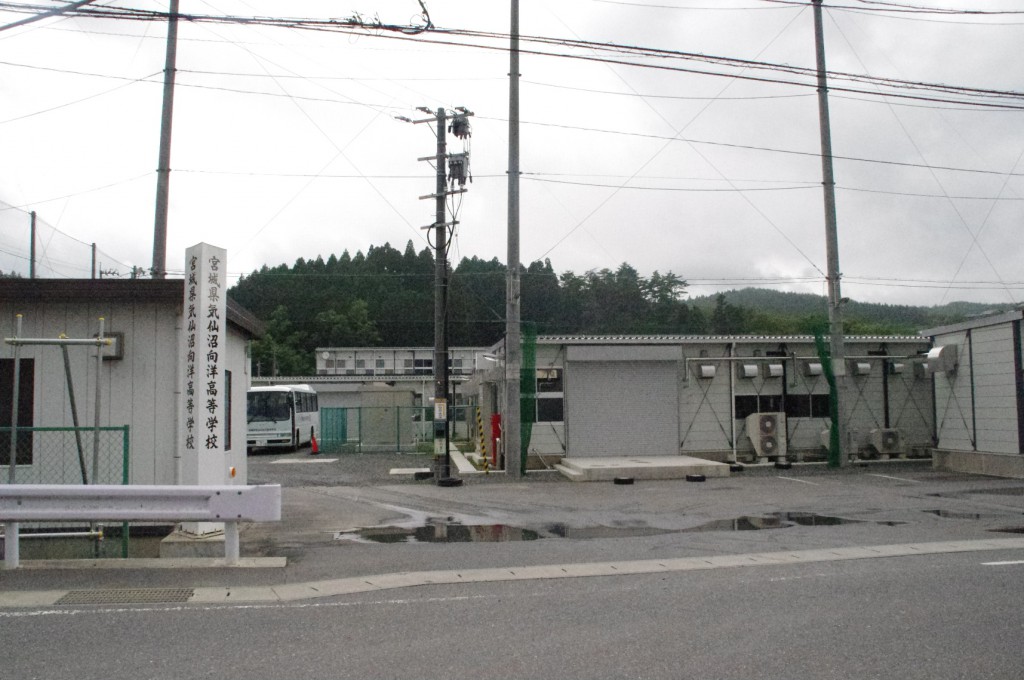 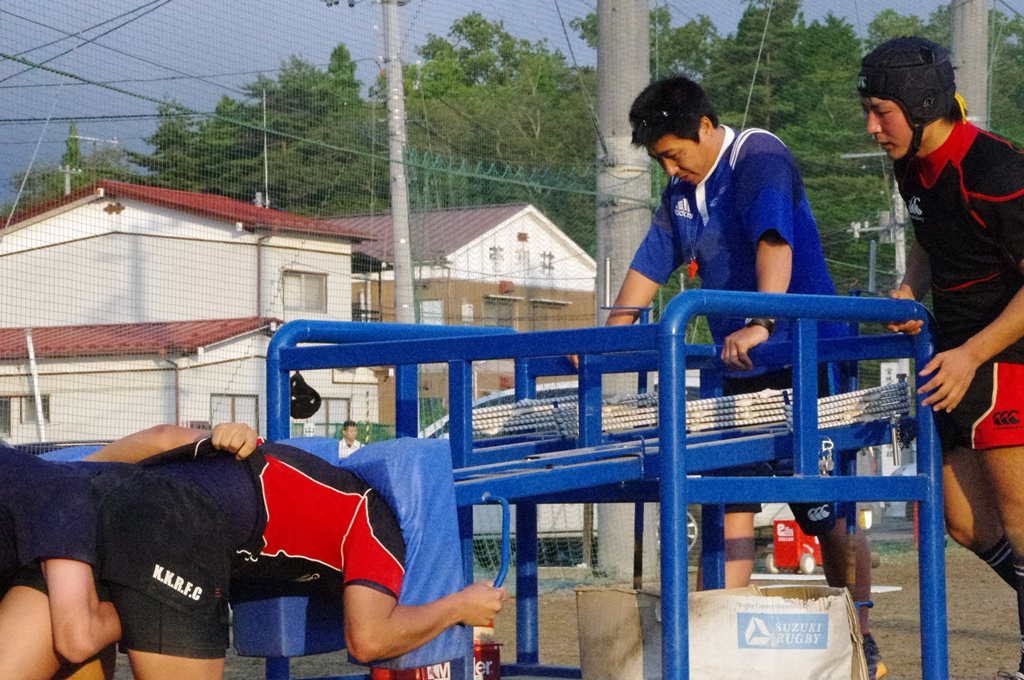