The Syrian Civil War began in 2011 with no end in sight. Nearly 250,000 Syrian refugees are still displaced in the Kurdistan Region in northern Iraq, fleeing the Syrian Civil War. In order to provide better quality living conditions for displaced people, rather than forcing them to live in tents for extended periods of time, the United Nations High Commissioner for Refugees (UNHCR) has been promoting shelter upgrades since 2015, with the goal of eliminating tents from Syrian refugee camps. Since 2018, Peace Winds has been implementing shelter upgrade projects in six Syrian refugee camps in Erbil and Duhok Governorates to provide sturdy shelters for Syrian refugee families, thanks to a grant from the U.S. Department of State’s Bureau of Population, Refugees, and Migration (PRM) and your donations.

In 2020, we began supporting shelter upgrades in four Syrian refugee camps in Erbil Governorate, with a particular focus on people with mobility challenges, especially those with disabilities and the elderly. To alleviate difficulties in daily living, universal design has been taken into consideration, such as changing Arab (Japanese)-style toilets to Western-style toilets, installing handrails and sitting areas in bathrooms, and installing slopes at entrances where there are steps. We also improved the infrastructure of public facilities in the Syrian refugee camps by installing ramps and gutter boards to make them more accessible to persons with disabilities and the elderly. 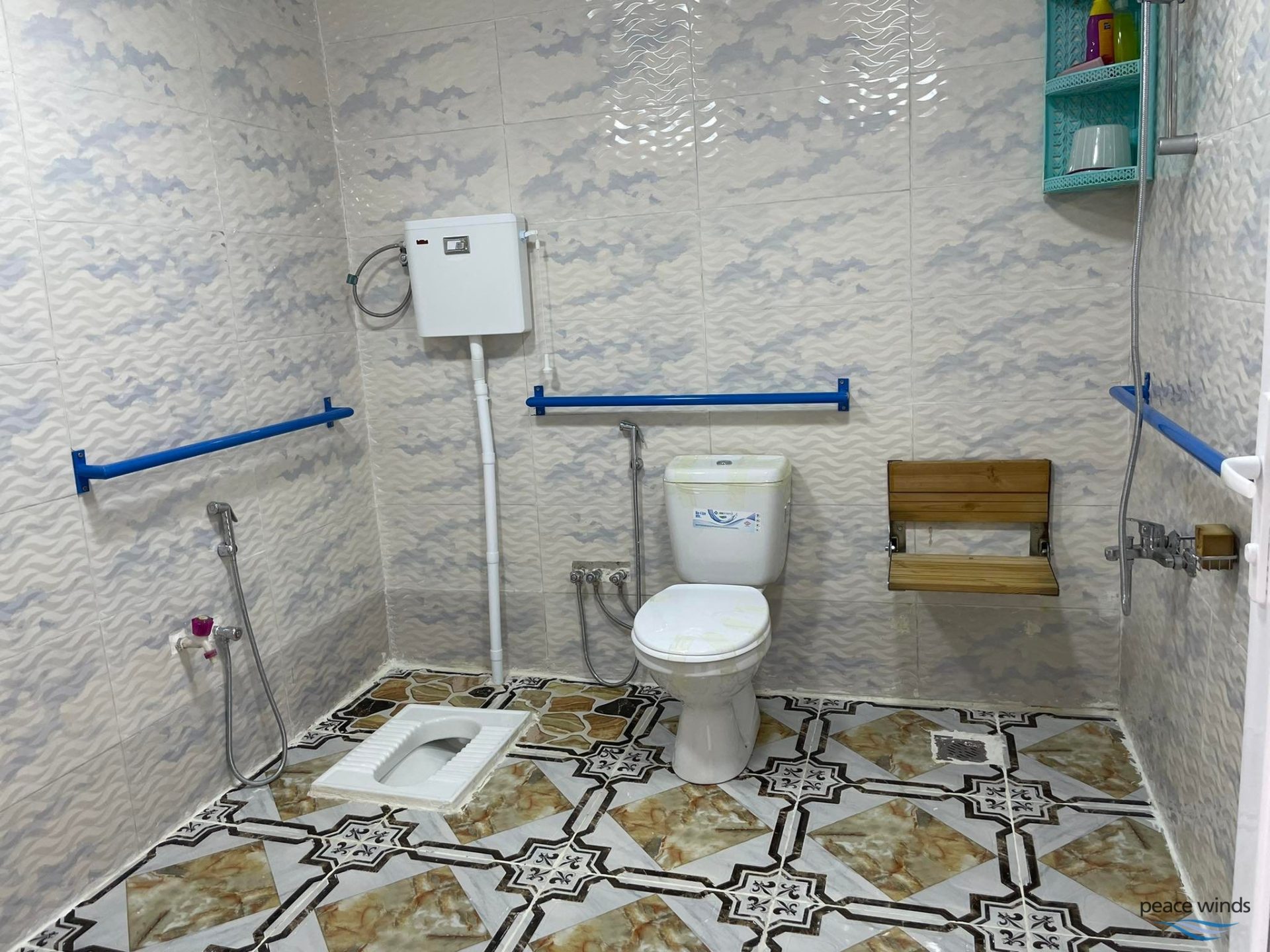 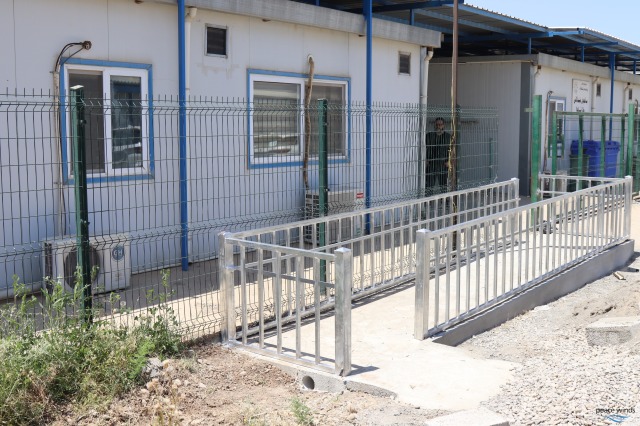 On September 30, 2022, in addition to the existing Syrian refugee camps in Erbil Governorate, we began providing an assistance to improve shelters for the disabled and elderly in three refugee camps in Duhok Governorate. We plan to support approximately 1,300 households over a two-year period. Since October 2022, staff has been visiting households with persons with disabilities and the elderly door to door to conduct an assessment of the degree of difficulty in daily living and the situation of each household. 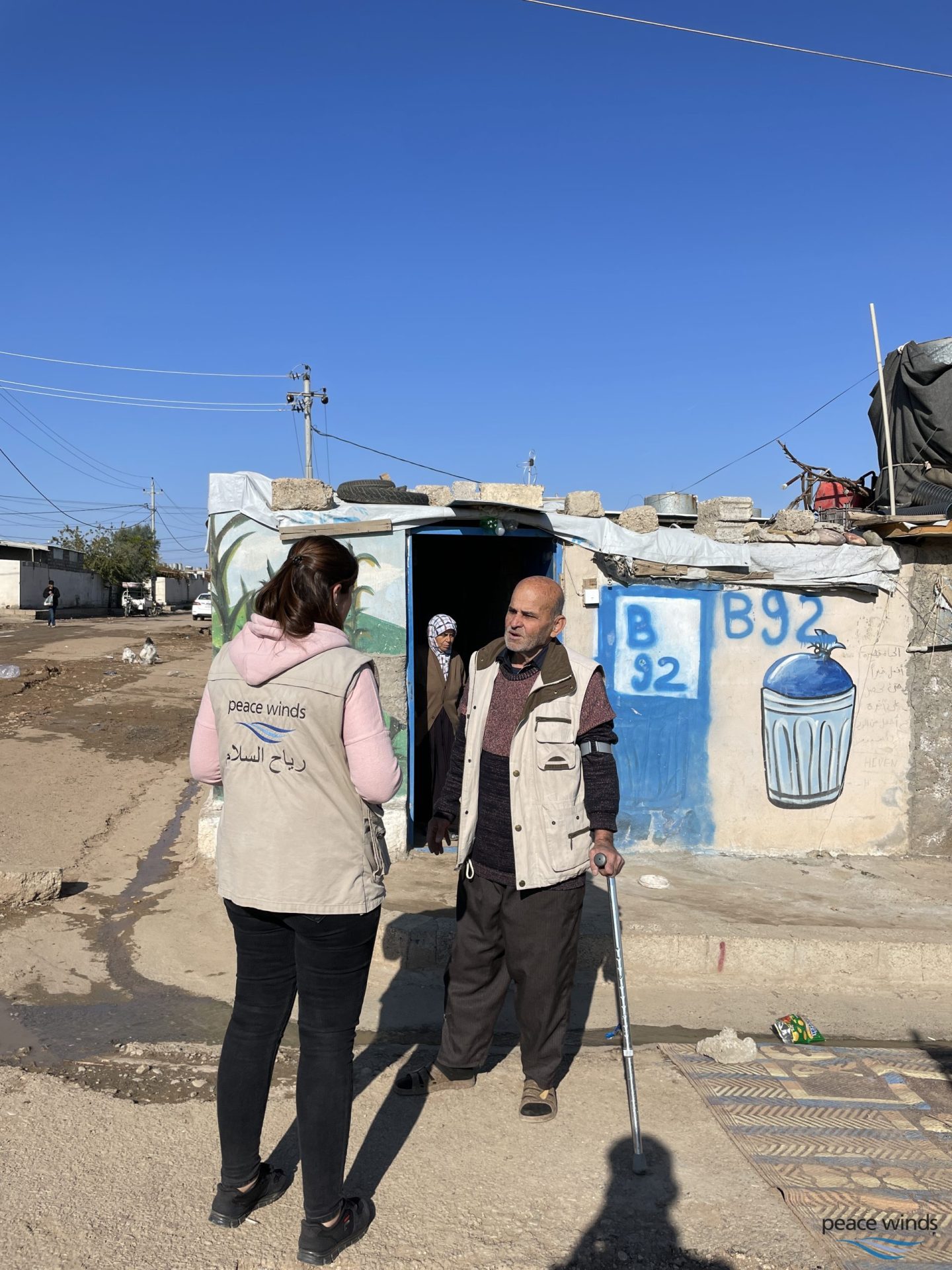 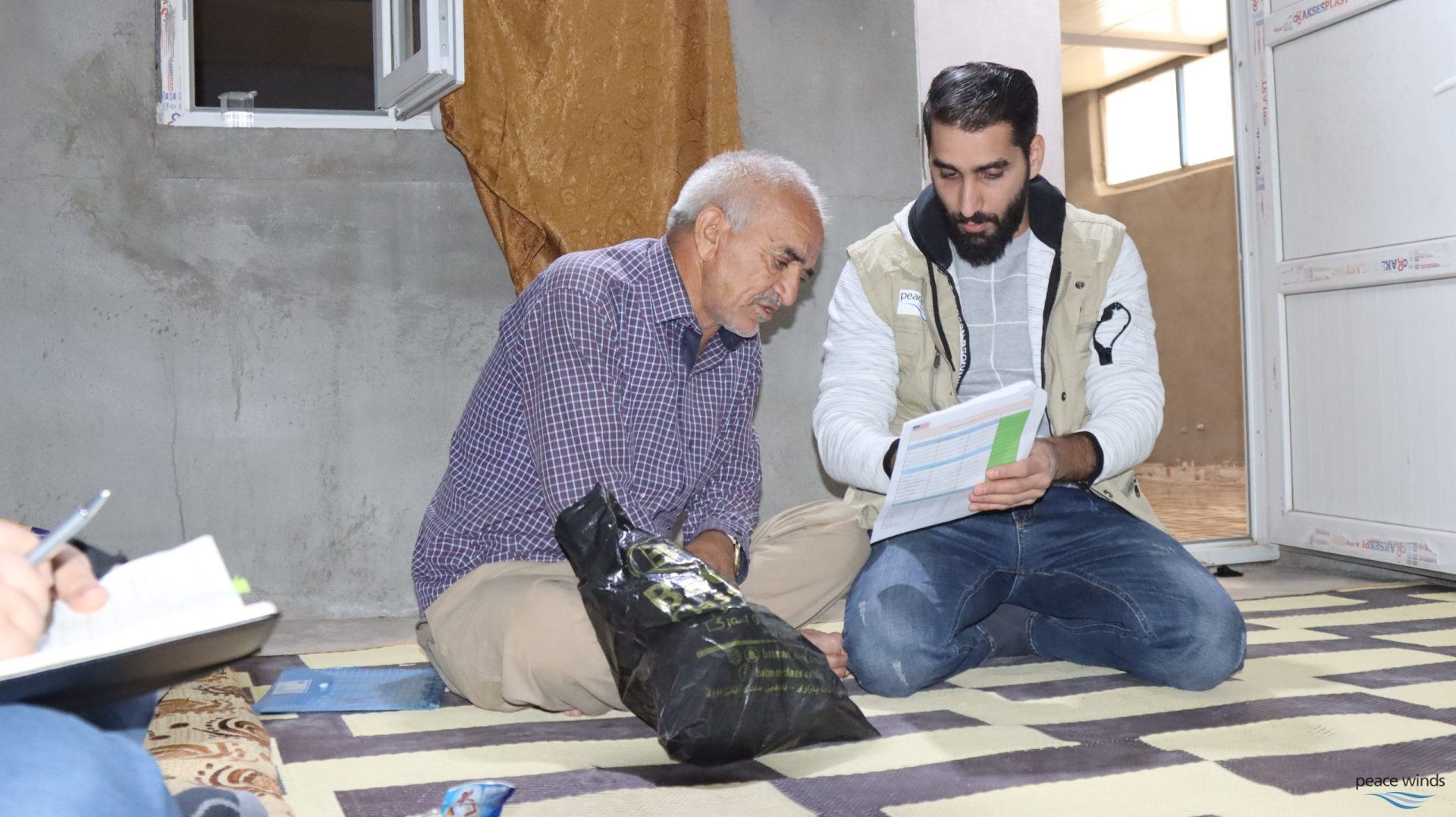 We will also support infrastructure improvements at public facilities in Syrian refugee camps, such as administrative offices, health centers, schools, and recreational facilities for children, to ensure safe access for persons with disabilities, the elderly, small children, and pregnant women. 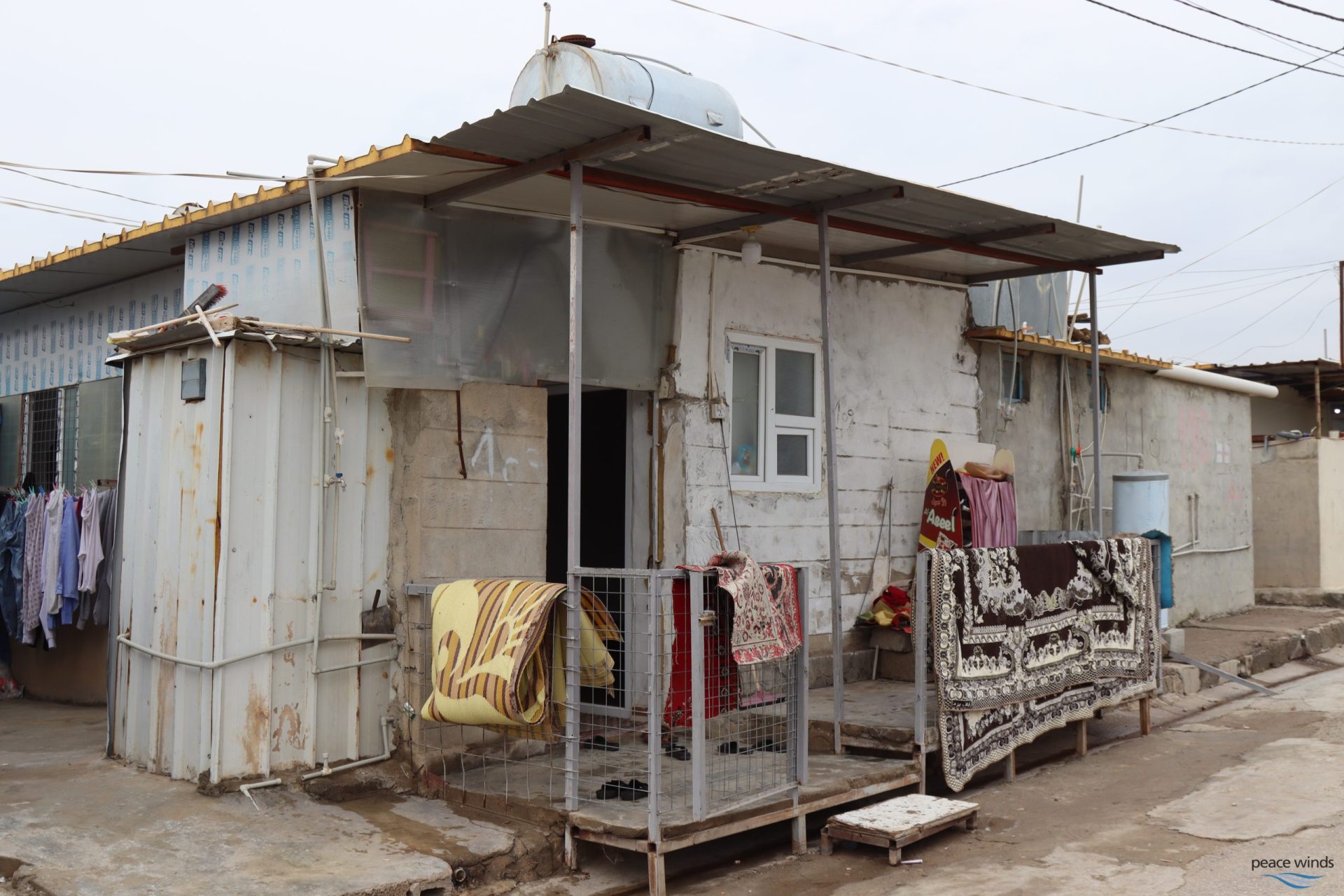 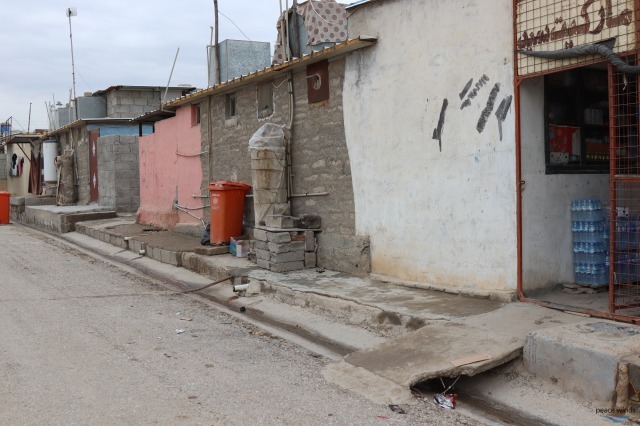 Gutters in front of the front door of a residence can be a risk for falls, etc. 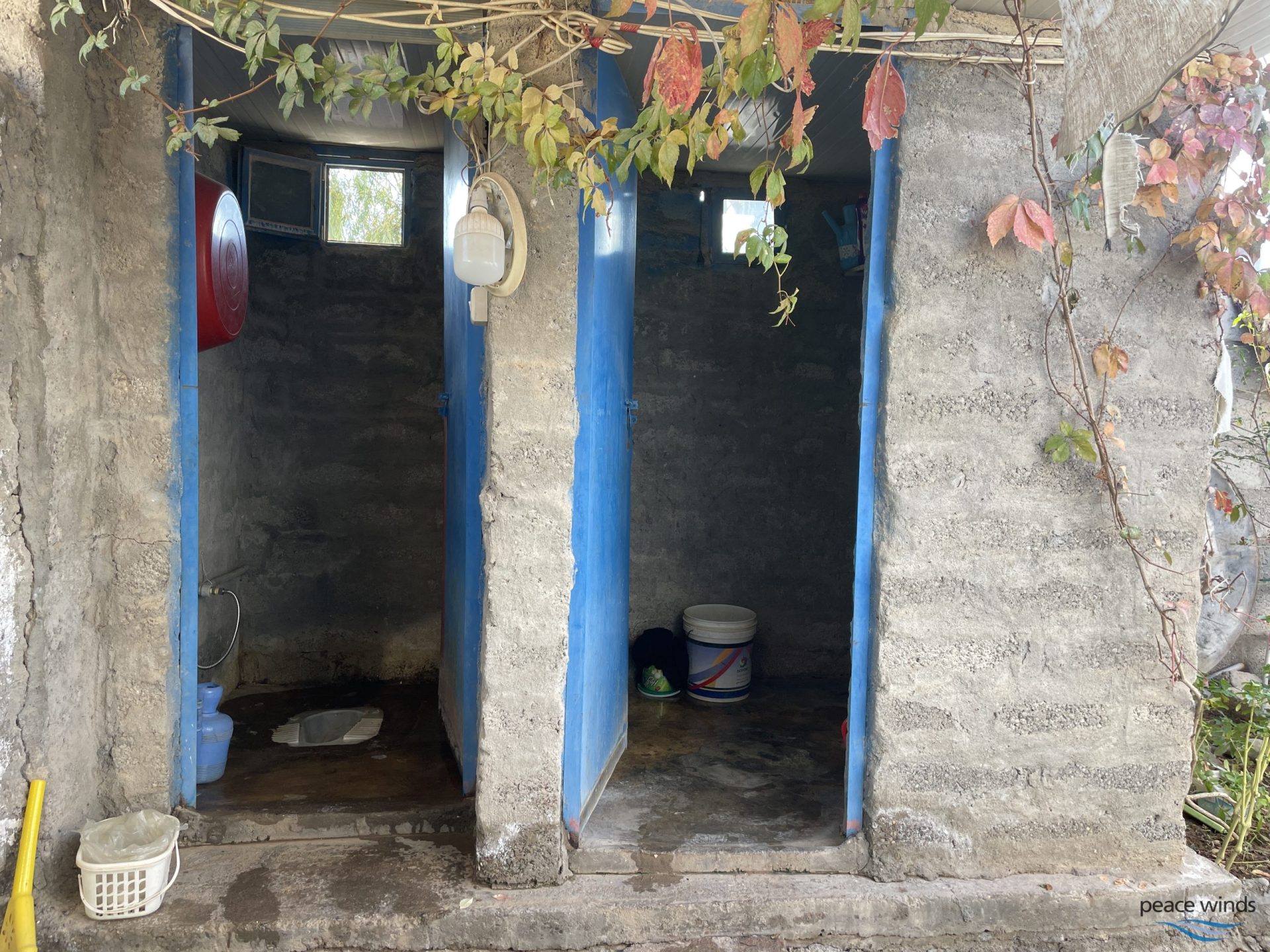 This project was funded by the Bureau of Population, Refugees, and Migration (PRM) of U.S. Department of State and generous donations from our supporters. Thank you for your continuing support.