Quote from the report’s summary; “Immediately after the earthquake in March 2011, Peace Winds Japan(hereafter refereed as PWJ) conducted site visits to collect information and began to provide emergency supplies in Kesennuma.Having received support from an American non profit organization for emergency relief, Mercy Corps (hereafter referred as MC), PWJ attempted to provide a psychosocial care for children through training school teachers with the materials developed by MC. However, the activity was regarded as inappropriate thus cancelled due to cultural sensitivity of the issue and a timing of intervention. Meanwhile, PWJ found that there was a shortage of playground for children. PWJ therefore started to implement Art & Sports Caravan as a tool to enhance children’s holistic development through creating a safe and secured environment where children can play freely and release their stress. This was considered as being in line with the principles defined under Comfort for Kids (C4K). Tea Salon for adults was also established beside the Caravan so as to meet the needs of children’s caregivers and community in general. Having received a request from MC, a funding organization of the project, to conduct a third-party evaluation, PWJ called for cooperation of HANDS which has experience in evaluation of international development projects.” 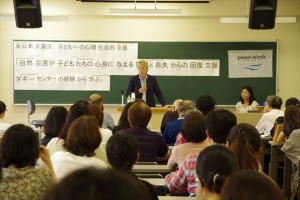 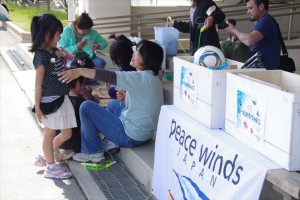 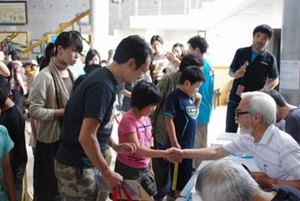 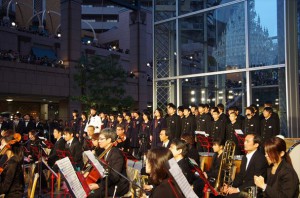