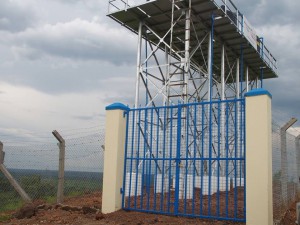 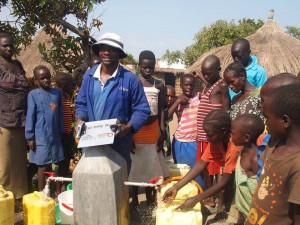 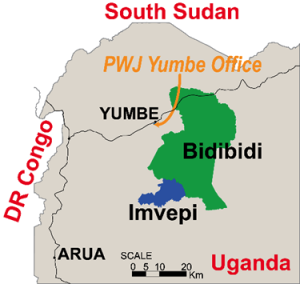 PWJ are continuing our projects at Bidibidi refugee settlement, yet from this January 2018, PWJ expanded the project area in Imvepi refugee settlement. Imvepi refugee settlement was established in February 2017 and consists of three zones, 39 villages, with about 127,000 South Sudanese refugees. At this settlement, partnering with UNHCR, a UN agency which helps refugees worldwide, PWJ plans to construct shelters, latrines and bathing rooms for PSN households, provide maintenance and repair temporary public facilities.

When providing safe water to people, PWJ also provides hygiene promotion activities. Proper hand washing plays a critical role of a prevention of spreading water borne diseases. Especially when children can be very vulnerable to such diseases. PWJ team goes to schools and carry out hand washing practices training as well as educates groups of refugees so they can help educating others.

Kiden Esther is a PWJ’s Project Assistant who is a refugee settled in Imvepi settlement. She exiled from South Sudan in February 2017. She is a single mother with 2 children, and working for PWJ has enabled her and her family to live independently. When asked about her future plan, she answered with a smile, “if the situation in South Sudan turns better, I want to go back to my hometown with my children. I want to build my own house using the knowledge and experiences of what I gained here, so that my children can live in a safe and secure environment.” 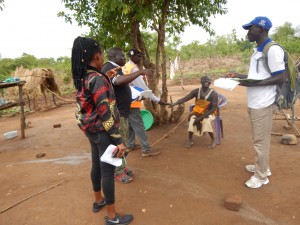 In Uganda, PWJ plans to continue to support South Sudanese refugees, and YOUR support is needed.