It’s been almost 5 months since the magnitude 6.5 earthquake struck Kumamoto on Kyushu island in the southern Japan. PWJ has been providing emergency support in Mashiki town along with our partners Civic Force and Asia Pacific Alliance for Disaster Management Japan (A-PAD Japan).

Currently in Kumamoto, vital life-lines (water and gas) have been restored, and many people at evacuation centers have started to either move into new government supported temporary houses or gone back to their original homes.

Right after the earthquake, 180,000 people escaped to 855 evacuation centers, but at the end of August, evacuation centers decreased to less than 20, and evacuees are now fewer than 1000. At the same time, PWJ’s pet-friendly temporary houses supported 118 people from 46 families in middle of July, during the highest occupancy rate period, but in September, the number decreased to 45 people, 21 families. 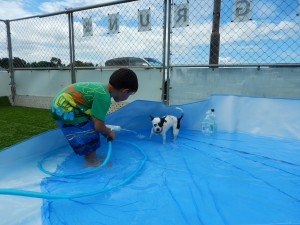 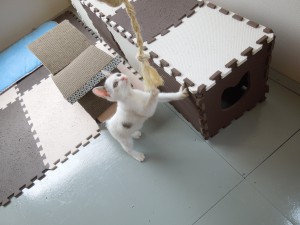 Left: pet-friendly temporary houses set up a pool for pets inside the dogrun
Right: Cat playing at the pet-sitter facility

It was our goal to operate the temporary units until the end of August; however, we saw the needs for additional support since there are still many houses requiring extensive repairs, also some are waiting for the completion of the new temporary house constructions. Even though the prefectural government has completed the construction of planned 3548 out of 4224 temporary housing units, without our support, some will not have a place to live, and we felt it was important to extend the operation until the end of September.

We have been hearing that there are many families not sure of what to do next. For example, earthquake damaged houses need repairs, but the construction workers are extremely busy that no one knows exactly when these houses will be repaired, moreover, even if the houses were repaired, parents are hesitant to move back when their children feel unsafe being inside the house due to large aftershocks that still continues in the area.

As we decided about the extension of our pet-friendly temporary housing, one of the occupants told us that “I am very thankful that PWJ is operating this temporary housing for another month. There is no other place where I can escape with my pet,” and another said “I can use this additional month to get ready to live on my own.”

PWJ plans to continue supporting the people in Kumamoto affected by the earthquake for their faster recovery, and we hope your support will help carry on our recovery effort in Kumamoto. 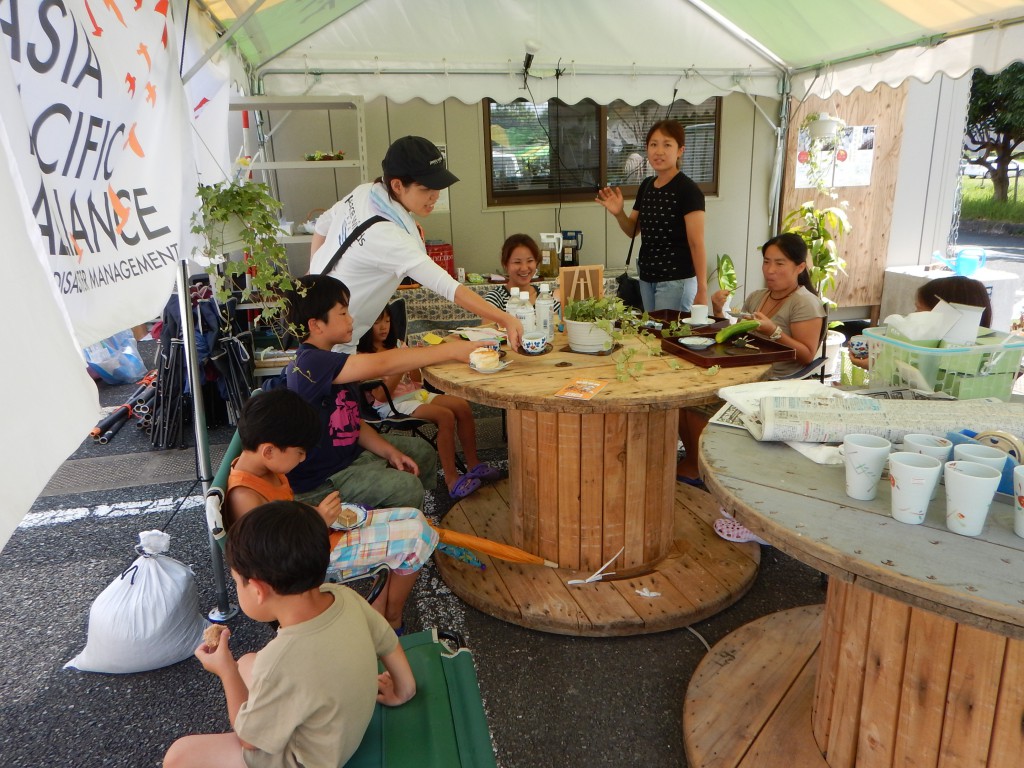 Residents and volunteers gathered at an event